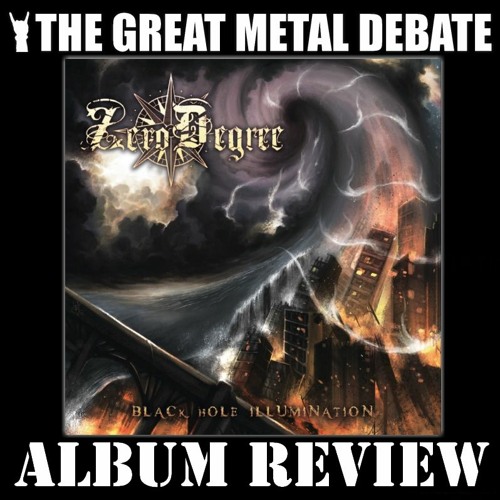 Zero Degree is one of my favorite melodic death metal bands coming out of Gerrmany. Last Friday, they released their sophomore album entitled Black Hole Illumination. I first discovered this band in early 2011 on YouTube after clicking down the rabbit-hole of sidelinks, Sometimes when you do that, you find some hidden gems! Their debut record, Surreal World, is nothing short of immaculate. Now that nearly a full decade has passed, the wait is finally over for new material from Zero Degree. Black Hole Illumination is a treasure for any fan of melodic death metal, especially if you’re a fan of the early works of bands such as In Flames or Dark Tranquillity. Despite major line-up changes - including the vocalist - you’d never be able to tell of the changes after hearing this new album. Every guitar riff is a catchy and groovy masterpiece, just like with the previous record. In fact, Black Hole Illumination comes very close to being Surreal World’s equal. I love how even the intro instrumental track “Gravity” is very reminiscent of “Where Angel’s Die” from the debut album. “Gravity” fuses seamlessly into the first full-song “Purified”, which is one of my favorite songs off the new album, along with other absolute bangers like “Resurrection”, “Ghost Ship Ride”, “Dust”, and my favorite “A Fading Siren Sound”. To me, “A Fading Siren Sound” is this album’s “The Storm And the Silence.” Definitely do not miss out on what just might be my favorite album of 2020 so far. I can’t recommend it enough, and I am rating Black Hole Illumination a solid 1,000 out of 10! I just hope I don’t have to wait until 2030 for the third album release from Zero Degree.
Download episode Share Share