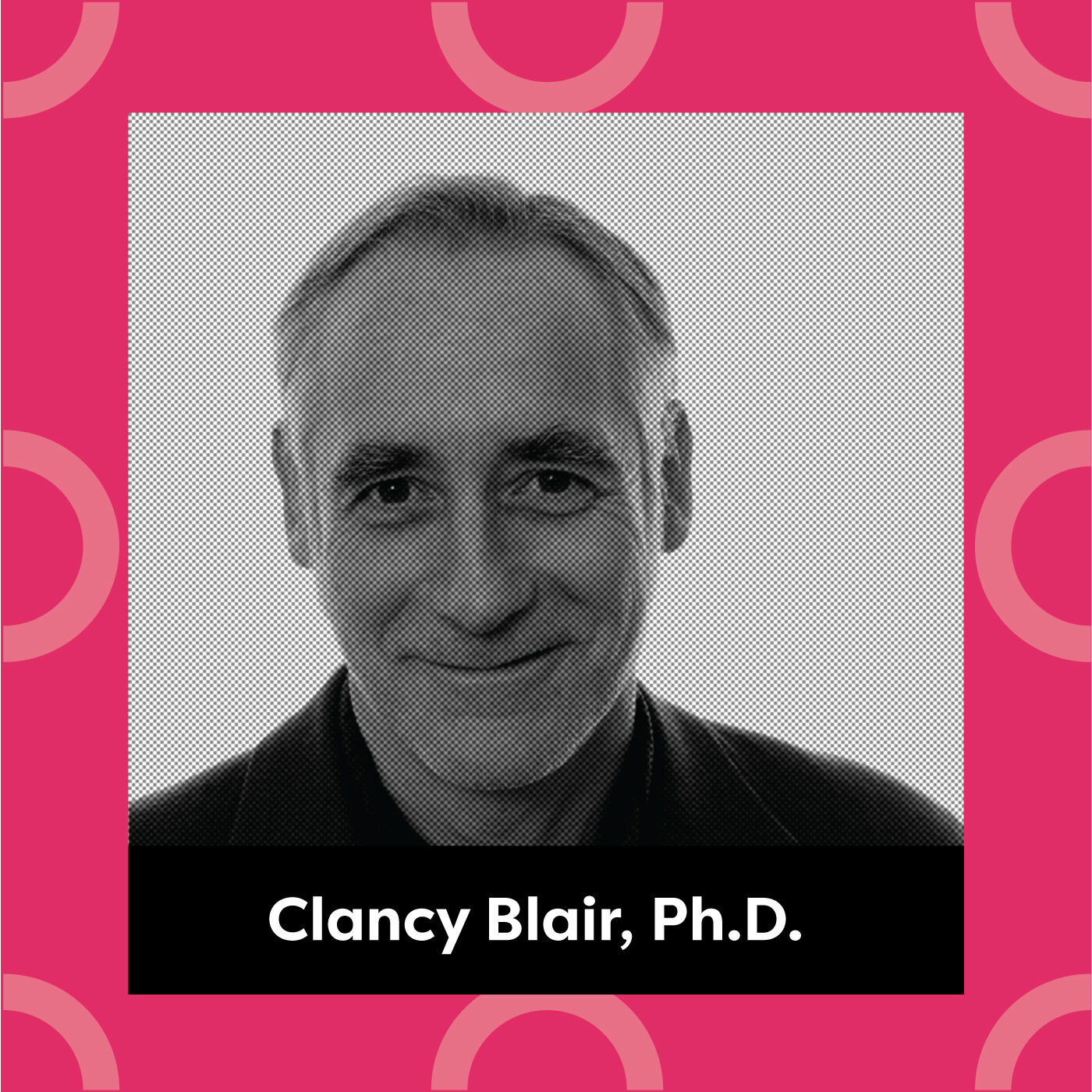 At age 6, his mother said to him, “Why don't you just kill yourself? You’re such a burden to me.” At age 9, his mother drove him away from home to the unfamiliar part of Baja, California and walked him into an orphanage saying that she found this orphan kid and left him there for 90 days before his grandmother got a hold of him and brought him back. Throughout his elementary school she beat him senselessly. This is a story of a gangster, Sergio, from the roughest neighborhood of LA as told by father Greg Boyle in his book, Barking to the Choir. This gut wrenching and sad story traces the roots of a young man turning to the streets to escape his misery. Children who grow up in poverty, unstable homes, and highly unpredictable circumstances experience chronic and unabating stress, which takes a toll on the very shock-absorbing system in the brain, the Executive Function. Today, my guest, Clancy Blair, Ph.D., will discuss the distinction between acute and short lasting stress that buffs the adaptive and resiliency skills and chronic stress which dismantles it.

About Clancy Blair, Ph.D.
Clancy Blair, PhD is a Professor of Cognitive Psychology in the Department of Applied Psychology in Steinhardt School of Culture, Education, and Human Development at New York University. He earned a BA at McGill University and an MPH in maternal and child health, and MA and PhD in developmental psychology at the University of Alabama at Birmingham. He has been conducting research on the development of self-regulation in early childhood for over two decades. The specific focus of this research has been on the development of executive function abilities. This research has demonstrated that executive functions are central to school readiness and school achievement in the elementary grades, are substantially influenced by experience and by the characteristics of the family and the home environment, and highly interrelated with the regulation of stress response physiology. An important focus of this research is on the ways in which experience ‘gets under the skin’ to influence the development of executive functions through the stress response. This mechanism is one that appears to be particularly relevant to the effect of poverty on children’s development and may be one primary route through which childhood poverty exerts long-term influence on cognitive and social-emotional development into adulthood.

He serves as a consultant on numerous research projects and in addition to serving as a scientific advisor to the Urban Child Institute, serves on the advisory boards of several initiatives focused on early childhood education and child wellbeing including First Things First in Arizona; the Early Childhood Comprehensive Assessment System, in Maryland and Ohio; the Exploring Implications of Emerging Insights from Psychology for Self-Sufficiency Programs project, Mathematica, Washington DC; and the BUILD K-3 Formative Assessment Consortium, North Carolina.