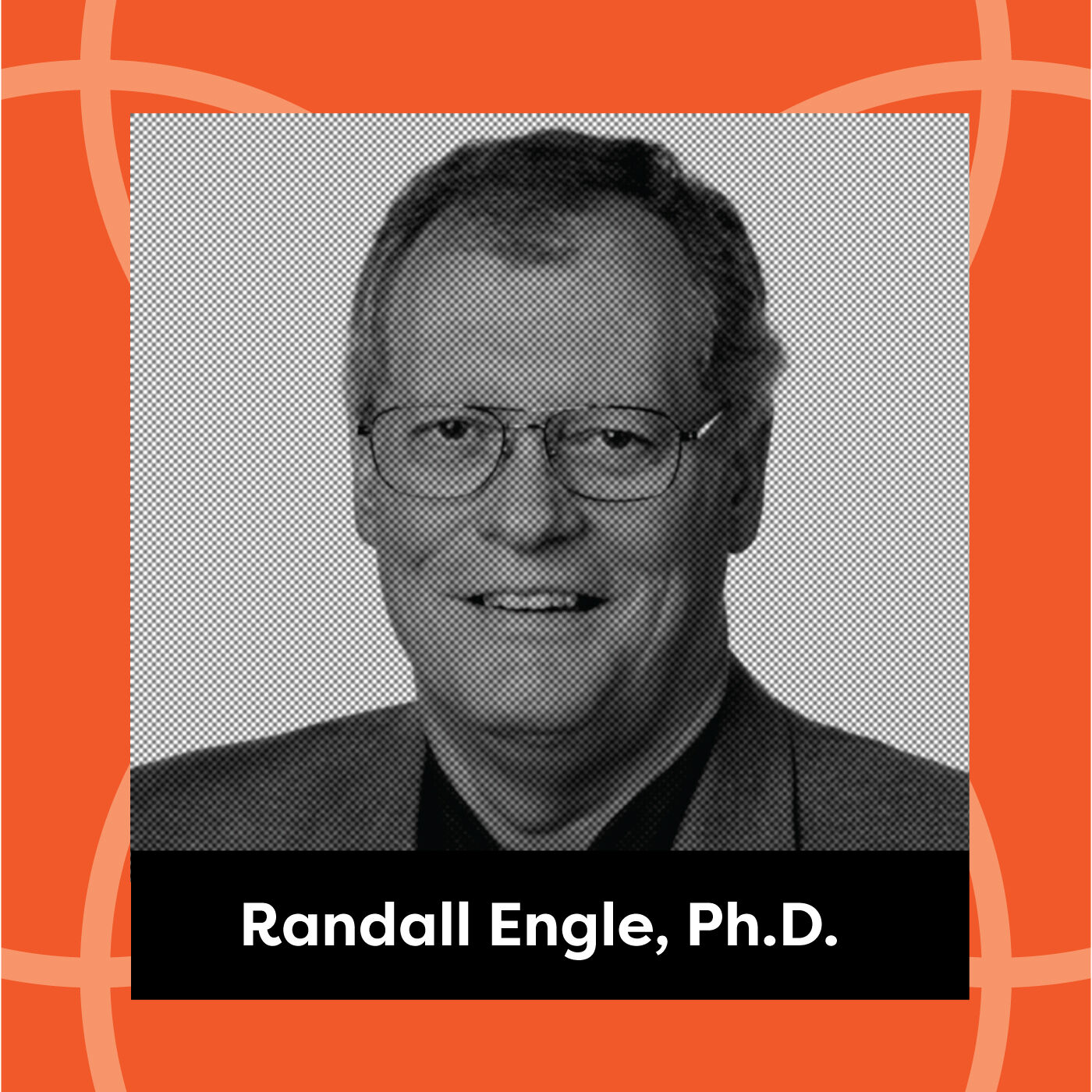 If life was a play, some activities would be the star of show and others would be just ‘extras’. The mind is often full of thoughts about the upcoming main act while plowing through the mundane, such as unloading the dishwasher, taking out the garbage or rescheduling a doctor’s appointment. But no matter what the task is we are always deploying Working Memory. Working Memory is the fine-china of cognition on which you either serve an ordinary burger and fries or a rib-eye steak. On today’s podcast, Dr. Randy Engle will talk about the fascinating ‘system’ that let’s you hold on to, for example, a riddle, “Throw away the outside and cook the inside, then eat the outside and throw away the inside” and solve it without getting distracted by cars honking, people talking, or computers humming.

About Randall Engle, Ph.D.
Randall W. Engle, went to W. Va. State College because it was the only school he could afford to attend but it was one of the transforming experiences of his life. State was a public all-black college prior to 1954. As a consequence, most of his faculty were outstanding scholars who could not get jobs at top universities.

He graduated with nearly as many hours in zoology and math as he had in psychology so it was probably inevitable that he gravitate to experimental psychology. The job market was tough in 1972 and Engle was lucky to land a job at King College in Tennessee. His two years there, with 10 classes per year, made him a teacher. Fortunately, two of his classes each year were senior research seminars, which he used to conduct experiments. At the end of two years, he had two publications, enough to land him a job at the University of South Carolina where he spent the next 21 years.

He moved to the School of Psychology at Georgia Institute of Technology as Chair, a position he held for 13 years. He stepped down as chair to found the GSU/GT Center for Advanced Brain Imaging (CABI) on the Georgia Tech campus. He is editor of Current Directions in Psychological Science and has been on the editorial board of numerous other journals over his career. His research for the past 30 years has explored the nature of working memory, the nature and causes of limitations in working memory capacity, the role of those differences in real-world cognitive tasks, and the association of working memory capacity and cognitive control to fluid intelligence. His work has been funded by various agencies including the National Institute of Child Health and Human Development, Air Force Office of Scientific Research, and Office of Naval Research. His work has been highly influential across a wide array of areas including social psychology, emotion, psychopathology, developmental psychology, psychological testing, and has contributed to modern theory of cognitive and emotional control. Harzing’s Publish or Perish shows that Engle’s work has been cited over 17,000 times. He is a fellow of the American Psychological Association, Association of Psychological Science, American Association for the Advancement of Science, Society of Experimental Psychology, and the Memory Disorders Research Society. He has served as Chair of the Governing Board of the Psychonomic Society, Chair of the Board of the Council of Graduate Departments of Psychology (COGDOP), and President of Division 3 of APA. He received the first APA Division 3 Lifetime Achievement Award.