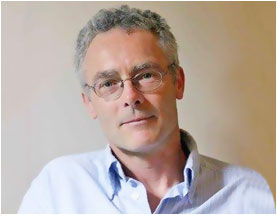 Virologist Jonathan Latham explains his view of living organisms in opposition to genetic or biological determinism.

He shares a wide range of thoughts, including

Jonathan Latham, PhD, is the executive director and cofounder of the Bioscience Resource Project. He's the editor of Independent Science News and director of the Poison Papers project, which publishes documents on the chemical industry. In this podcast, he begins by engaging with ideas presented in a previous podcast when Richard spoke with famed biologist Denis Noble. Noble said that there's no privileged level of causation in biology and Latham continues to address this issue, offering his own commentary over the course of the show.

He explains that he became interested in the kind of prominence that scientists give to genes and DNA and eventually came to the realization that there are a lot of flaws in how we think about organisms that stem from adherence to genetics facts and emphasizing the importance of genetics.

He asserts that the only agency that exists in an organism is the one that derives from the organism itself and explains what this means in more concrete terms. He also touches on current projects such as a paper he and Allison Wilson wrote about their theory on the origin of SARS-CoV-2, which he believes was through a group of miners who experienced a mysterious disease in 2012.

After explaining in more detail, he returns to the ideas of genetic determinism and talks about a book he's authoring on the topic.