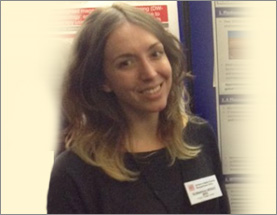 Research Fellow at Imperial College London, Dr. Stephanie Wright, shares the expertise she’s gained over the course of nearly a decade researching the biological and environmental impacts of microplastic pollution.

Where does that plastic soda bottle you’re drinking from end up? How does the mere friction produced by your movement release synthetic clothing fibers into the environment, and where do those end up? What are “microplastic sinks” and where are they found? These are just a few of the questions explored by Dr. Wright, who’s been fascinated by marine biology since the early days of undergraduate school.

Her current area of research is on human exposure to and human health effects of airborne microplastic pollution, which she says requires a strong focus on analytical techniques since the particles of interest are on the micron scale. These particles can enter the central airway and lower lung, and part of her research aims to identify evidence of this internal exposure and better understand how microplastics affect human cells of the airway. Are microplastics even toxic, and if so, what exactly makes them toxic? What are some potential microplastics pollution solutions and reduction strategies?