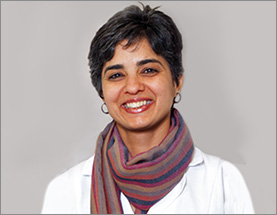 Associate Professor at Rutgers New Jersey Medical School, Purnima Bhanot, joins the show to discuss all things malaria. In this episode, you will discover:

Malaria has plagued the human species for as long as we have known agriculture. With about 200 million cases and 400,000 deaths per year, it has a staggering toll on human life, but only half of the toll it had about a decade ago.

Malaria is caused by a parasite called Plasmodium, which is transmitted to humans through the bite of the Anopheles mosquito. The disease affects primarily children under the age of five in sub-Saharan Africa, and leads to a number of malaria symptoms, including high fever, chills, anemia, coma, and death.

Bhanot explains the malaria life cycle and exactly how it interacts with the body during subclinical and clinical phases of the disease. She also discusses which populations of individuals are most vulnerable to the disease and why, what sort of control methods have been implemented, how the immune response to the parasite works, whether malaria infects non-human animals, the increasing resistance to antimalarial drugs and how this is being studied, possible malaria treatments, and so much more.