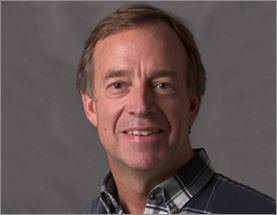 Mark E. Hay is Co-Director & Regents Professor, OSE & Harry and Linda Teasley Chair at Georgia Tech’s School of Biological Sciences, and specializes in marine ecosystems, marine ecology, coral reefs, and marine conservation. He joins the show to discuss his work and insight on these topics, especially as it relates to coral reef conservation.

Coral reefs are not only of the most diverse ecosystems in the ocean, but on earth itself. However, the presence and health of corals has changed dramatically in recent decades. Since Hay began studying coral reefs in the Caribbean during the mid-70s, about 80 to 90 percent of those corals have died.

Up until this point, most of the management efforts to conserve coral reefs have been herculean and have failed to produce the intended outcomes. With this is mind, Hay is focused on how small changes can cause large, positive effects on marine ecology. In part, this involves trying to better understand the chemical signaling that contributes to coral reef health or lack thereof.

Off the coast of Fiji, Hay’s work revealed that almost all juvenile fishes and most coral babies can smell and are attracted to marine-protected areas; they can also smell and are repelled by overfished areas. Additionally, corals smell nearby organisms that are similar to them, as well as the type of seaweed that commonly grows on damaged reefs. Depending on what they sense, they will either move toward or away from an area.

This sheds light on how corals have evolved to be extremely selective about where they settle—after all, it’s a decision that can’t be undone. It also sheds light on how we might be able to enhance the probability of juvenile fish returning to certain areas and growing into populations that will keep the reef healthy. In turn, this could lead to greater overall health of ocean life and marine ecosystems.

Tune in to learn about all of this and more, including some of the innovative ways people are trying to counter the negative impacts on marine ecosystems.