Types of Parasitic Diseases and Diagnostics with Richard Bradbury 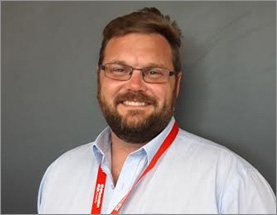 Richard Bradbury specializes in parasitic diseases in humans, particularly zoonotic parasites, which indicates they were transmitted through other animals.

He shares his vast knowledge of parasitology with listeners by discussing

Richard Bradbury is a senior lecturer in the Clinical Microbiology and Molecular Biology Department at Federation University in Australia. His major focuses are on parasitology diagnostics and epidemiology; therefore, world health and prevention falls into his purview.

He's especially done a lot of work on the Pacific Islands with soil-transmitted helminths. He adds that because parasites are usually a problem with underserved populations, locating where parasites tend to congregate before infecting humans is important to his work.

He offers listeners several examples of parasites and their habits to show their reach. In Australia, for example, they have a really big problem with the Strongyloides stercoralis worm. Human hosts can have infections decades later and they are still having trouble with Vietnam vets suffering from these infections from their time in Southeast Asia. The immune suppressed are especially vulnerable and may die from infection.

He also discusses his efforts with communities who are isolated and have less access to medical care and prevention measures. These include groups from aboriginal communities in Australia to rural Mississippi populations. He addresses common testing techniques and relays his own involvement with developing a single universal parasite test that uses next-generation sequencing. He also discusses a variety of parasitic infection symptoms and global efforts towards prevention.

Find out more by searching his name in google scholar and research gate and see his website at Federation University: federation.edu.au/schools/school-of-science-psychology-and-sport/staff-profiles/staff-directory/bradbury.