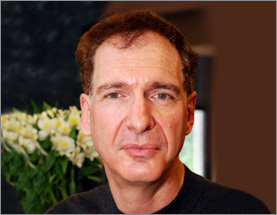 Leigh Rothschild has been inventing and filing for new patents since his teenage years and now has at least 130 patents to his name, mostly technology patents, with about 200 more pending approval. In this podcast he discusses his own entrepreneurship development and today's patent process.

In addition to putting his entrepreneurship skills to use through inventions like the technology at the center of Qmage, Inc., Leigh Rothschild also founded a firm called Patent Asset Management. He discusses his years as an inventor and the vast accumulation of patent knowledge he has accumulated in the meantime. He offers listeners solid information about the process of patent applications and how to make the most of your patents.

For example, he explains the three ways he's been able to monetize patents: by selling patents to companies around the world, like Apple; by starting businesses that utilize his patents; and by looking for potential licensees for his current patents—in other words, finding people using and/or infringing on them—and getting them to license and pay for them.

This last effort extended into him setting up an organization with lawyers and staff to monitor his patents and their uses and licenses and to advise others on making their entrepreneurship ideas a patented reality. He explains the logistics of patent filing for listeners as well as various legislation that has made it easier for others to target and challenge patents.

He feels that the U.S. is in fact one of the most patent-unfriendly countries in the world due to legislation in the past few years as well as a Supreme Court case that allowed federal circuit courts to void patents if they think they were given unfairly. He describes ways to work with these challenges and how congress needs legislation to reframe these provisions in a more suitable way.

For more, see his company's website at patentmgmt.com and email him at [email protected]