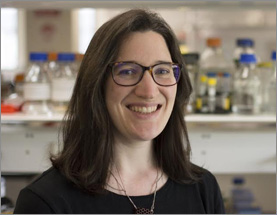 Professor Wood specializes in the roles of soil microbial communities and is currently studying the importance of microbial diversity impacting plant diversity in rainforests.

In this podcast, she explores

Dr. Jen Wood is an associate lecturer in the Department of Physiology, Anatomy, and Microbiology at La Trobe University in Australia. She's just begun co-heading a laboratory that centers on understanding the role of microbes in ecosystems so that scientists might better manage these systems, whether in an agricultural, rainforest, or human-gut setting.

She describes a particular study near Queensland examining why rainforests are so botanically diverse. They've observed that something happens when the plants move from the seedling to sapling stage that manages and sets up this effective balance. The evidence points to microbes killing off dominate species, maintaining a degree of balance.

She discusses many findings, challenges, and procedures that spin from this study. For example, when they try and compare soil patches, the microbial turnover is too great and the rhizosphere is so interconnected that separating out by species is too complicated. Therefore, rather than compare three seedling patches taxonomically, they compare them by microbial traits. A trait is any physical or morphological attribute that helps an organism compete.

Examples include motility, presence of efflux pumps, ability to produce antibiotics, and ability to undergo chemotaxis. She notes that when comparing three patches by microbial traits, they've found patterns in the data. She also addresses fire in rainforests and studying recovery and ways to understand competition in these environments.