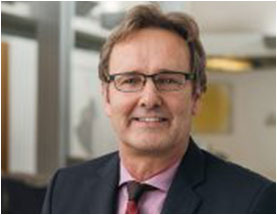 Dr. Anderson' research focuses on the interaction between genetics, evolutionary biology, and tropical diseases. He works with the two most dominant parasites that infect humans and cause particularly high mortality in children: those species that cause malaria and schistosomiasis.

In this podcast, he discusses

Tim Anderson is a professor and co-leads the Disease Intervention and Prevention Program at Texas Biomedical Research Institute in San Antonio, Texas. He helps listeners understand the basics of how genome sequencing techniques are used to determine relatedness and other factors in parasites that can then help scientists understand their life cycle, population genetics evolution, and how drug resistance develops and might be combatted.

He works specifically in the Myanmar border region but discusses the differences in infection rates between areas to explain parasite infection characteristics. For example, they've found that people who get bit very rarely tend to get extremely sick whereas there seems to be some immunity in areas of higher infection bit rates. However, ultimately, this translates to a U-shaped mortality between these two extremes and he explains why.

Dr. Anderson also discusses some important work by colleagues and how these different areas of research come together to create a greater understanding of parasite activity. He describes what drug resistance looks like and gives several examples as the resistance mechanics varies with the action of the drug.

After explaining the basics in more detail and some exciting finds, he describes his end goal as to better understand the evolution of drug resistance alongside the fitness cost of drug resistant genes. This has progressed to following how parasites eventually get around those fitness costs.

For more, see his information page, txbiomed.org/scientists/timothy-j-c-anderson/, and search his name in PubMed for publications.