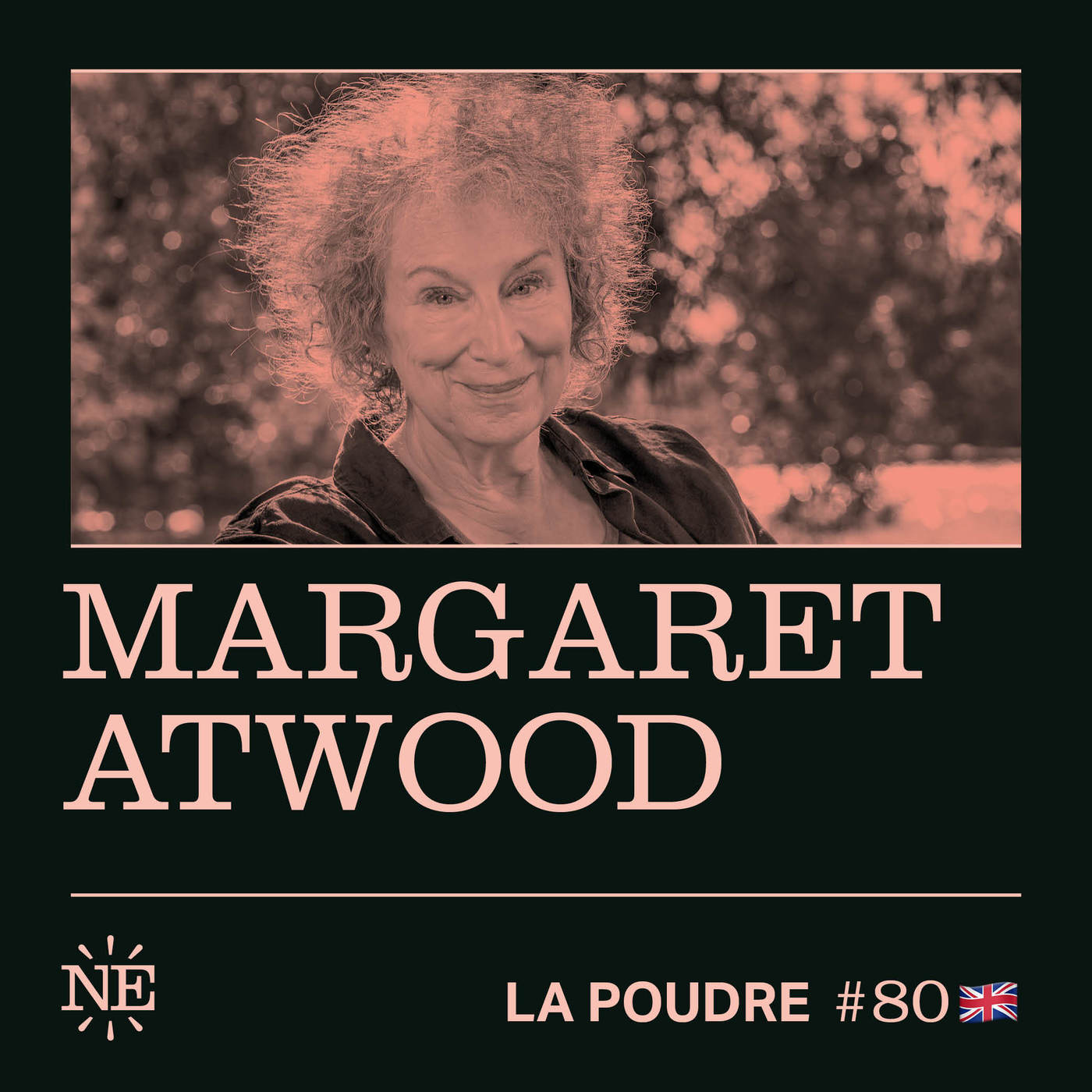 The genious writer Margaret Atwood is the guest of the 80th episode of La Poudre. With Lauren Bastide, they talked about forests, science and religion.

Before jumping into the 5th season of La Poudre, like each fall I have three episodes in English in store, because look at me going international.

The first one, that you are about to listen to, is an interview I recorded last winter with the great Canadian writer Margaret Atwood. With Covid-19, we hadn’t had the chance to publish it. So here it is, fresh and new, just for you.

What an honour it was to have been able to talk at length with this incredible author, queen of dystopia, whose genius mind gave birth to « The Handmaid’s tale » in 1985, and who published its sequel last year, the captivating and chilling « Testaments ».

I hope you will enjoy it and I’ll see you again in October for a new episode La Poudre.

A visionary author, Margaret Atwood published last year The Testaments, a sequel to The Handmaid’s tale, her revolutionary novel adapted into a TV series in 2017. With this book, she won the prestigious Booker Prize for the second time, sharing it with Bernardine Evaristo. Born in 1939 in Canada, she grew up in the forest (16:06). Her parents both being scientists, she is made aware of environmental issues quite early on and is still very passionate about them (44:19). Prolific novelist and poet, she writes The Handmaid’s Tale in 1984, after a stay in Cold war Germany (06:02). It is one of her most renowned works, thanks to the TV series which gave it international visibility and recognition (22:39). The political impact of the ideas it carries has inspired activists to dress up like her “handmaids” in protest against several patriarchal backlashes in the last few years (19:32). Her nuanced vision of feminists issues sometimes goes against the grain of the current antisexist battles (24:45), but her ability to take into account the subtlety of intertwined religious beliefs and social commitment (38:14) as well as her own commitment in concrete measures to wage war against violence against women (26:04) make her one of the most relevant writer in the fight against sexist oppressions. In The Testaments, she plays on the power of archives to explore the arcanes of a dictatorial and reactionary government. Her passion for ancient documents and the stories they carry drove her to participate in the artist Katie Peterson’s projet : Library of the Future. A word to the wise : She wrote a text for it that will only be available in 2114 (48:50).