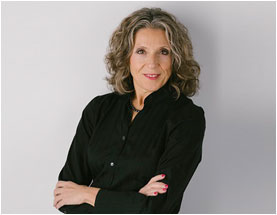 Despite a US moratorium on gain-of-function research on the basis of it being simply too dangerous, Dr. Anthony Fauci continued funding it. If you don’t even know what gain-of-function research is, you’re not alone. In fact, there may even be a reason you don’t know. But this is just the tip of the iceberg when it comes to the information offered up by returning guest, Pamela Popper.

A Pennsylvania judge recently ruled that the coronavirus-related lockdown provisions are unconstitutional. Will this spur more people in power to take a similar stance? Not long ago, a top virologist and whistleblower who worked in the WHO reference lab told FOX News that the COVID-19 virus was not mutated from bats and did not originate in the wet market, but was engineered and deliberately released from the Wuhan Institute of Virology. Will this compel more people to think critically about the narrative they’re being told?

There were three general groups of people when this whole thing started, says Popper, President of Wellness Forum Health:

Tune in for all the details.

For access to Popper’s videos and newsletters, email her at [email protected].

Visit https://makeamericansfreeagain.com/ to learn more and stay up-to-date on the Ohio coronavirus-related lawsuits.

Check out https://wellnessforumhealth.com/ for more information about Popper’s company.