Infectious Disease Looks in the Mirror and Sees Evolution: A Conversation with Dr. William B. Miller, Jr. 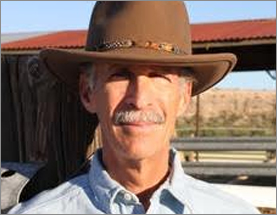 A Tyrannosaurus rex prompted a successful radiologist of over 30 years to redirect his focus on something completely different: evolutionary biology. Press play for a fascinating look into the mind of William B. Miller, Jr., where medicine, evolution, and virology intersect.

As a radiologist, Dr. Miller noticed recurring patterns of overlap between infectious diseases and cancer. At the time, scientific evidence provided Dr. Miller with no explanation as to why he was noticing these reiterative patterns. Then he met Sue, one of the world’s best-preserved Tyrannosaurus rex specimens.

He noticed several features of the skeleton that were shared by the human skeleton, and his interest was piqued like never before. He dove into a new understanding of evolution of life on earth: evolution based on cognition. Rather than subvert Darwinism, it explains it in an arguably better way, and according to Dr. Miller, leads directly to the question of how to place viruses in the correct evolutionary schema.

This conversation leads to so many compelling topics, including how infectious disease and evolution mirror each other, the concept of the virocell, forms of communication between viruses, a new science called sociovirology which involves the ideas of cooperation, codependence, and collaboration between viruses, why a virus is either lytic, lysogenic, or endogenizing, philosophical implications of the virome, what Dr. Miller means when he refers to viral “personalities,” in what way the principle of parsimony seems violated by the sheer number of incomplete virions in certain viral infections, how the idea of quasi-species has been used as one of the origin of life theories, where he believes the field of virology needs to go, and so much more.

Check out Dr. Miller’s book, The Microcosm Within: Evolution and Extinction in the Hologenome, and visit his website at http://www.themicrocosmwithin.com/.