Islands in a Sea of Viruses with Guenther Witzany 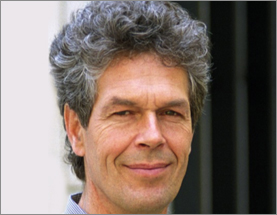 There are ten million viruses in one single drop of seawater, and many more viruses than stars in the universe. How does this understanding shape how we perceive them, us, and life in general?

Viruses have affected every organism on the planet since the start of life. Most of them infect their host in a persistent way, which means they don’t kill the host, but try to invade the genome of the host where they will remain. But are they alive? According to Guenther Witzany, they absolutely are. His reasoning is based on the fact that viruses depend on the genetic code. Furthermore, they cooperate, compete, and communicate with one another, which means they exhibit biotic behavior.

Witzany is an accomplished author and philosopher of science, language and communication, and biology. In the late 1980s, he proposed a concept of life as a communicative structure. His work revolves largely around understanding the association between language and communication and the genetic code, and how the cells of an organism and viruses coordinate their behavior and interactions to reach a common goal.

He discusses his view on the dividing line between living and nonliving entities, provides examples of specific forms of communication used by plants, the idea of communication as a prerequisite to coordination between cells, toxin-antitoxin systems in biology, what might dictate whether a virus is lytic, lysogenic, or endogenizing, and more.

Check out Witzany’s authoritative books and research on the topics of communication and coordination in cellular organisms, and the abundance and significance of the role of viruses on the planet. Follow the link here: http://www.biocommunication.at/.