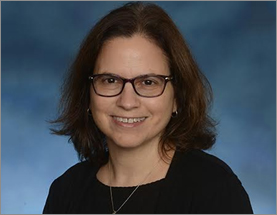 Despite the type 1 and 2 labeling, there are more than two groups of diabetes. Researchers like Toni Pollin are accelerating their work on these lesser known groups. This podcast presents a monogenic diabetes review, interviewing a specialist and a patient who, along with her two daughters, has this heritable disease.

When Emily Moore was sixteen, she underwent a screening for a routine procedure and tests found unusually high blood glucose levels. She happened to have a doctor a little ahead of the game and, rather than just call it type 1 diabetes, he gave her a monogenic diabetes diagnosis, sometimes called MODY: Maturity Onset Diabetes of the Young. Through treatments less extreme than what type1 diabetics usually face, she was able to control her numbers. But when she had her own kids, she wanted to learn more. Enter Professor Toni I. Pollin of the University of Maryland School of Medicine, who was running a study that Emily enrolled in.

Professor Pollin explains that in the '70s, an astute group of scientists noted that some kids had a type of diabetes that seemed milder than other type 1s, and even responded successfully to pills rather than insulin. Unlike other types of diabetes that develop from genetic and environmental factors, this monogenic diabetes is inherited through an autosomal dominate manner. Such patients might control it with a CGM sensor or diabetes monitor and make diabetes lifestyle changes accordingly.

Medication can help and in some cases, insulin may be indicated. The blood sugar patterns of Emily and her teenage daughters, who have been diagnosed, along with Richard, who has experienced prediabetes blood sugar levels, gives Dr. Pollin an opportunity to evidence how complex and individualized all types of diabetes are, even within the same group. It's that much more important to start with the "low-hanging fruit" of a correct diagnosis, adds Dr. Pollin.

For more, look to the web page for the new consortium they've started, MDRAC, which includes links to helpful resources.