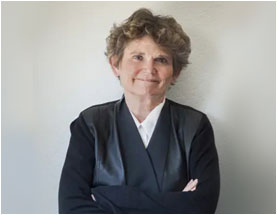 Are you a mystery fan who also loves science? This podcast is for you! Considered the founder of modern forensic genealogy, Colleen Fitzpatrick shares how genetic genealogy works.

Real genetic genealogy crime mysteries aren't solved after the next commercial, says Colleen Fitzpatrick. "It's hard," she adds. "It's not a couple-of-hours deal." Based in Southern California, Identifinders International helps find people, alive or deceased. They might help solve issues around unclaimed property or fraud cases as well as identifying victims and perpetrators in violent crimes.

Colleen Fitzpatrick actually has a doctorate in nuclear physics, so is no stranger to the hard sciences. In 2011, it occurred to her that the markers people used in genetic genealogy were the same markers forensic science was using to get crime scene Y chromosome DNA profiles. She realized she could take a forensic Y DNA profile and compare it to genetic genealogy databases and identify the last name of a criminal.

In 2015, the Phoenix Police Department hired her to apply genetic genealogy to cold cases and her work helped solve the Phoenix Canal Murders. She tells listeners some of the intricacies of this case, including how she helped narrow the suspect list from thousands to a list of five, and then, after a little more police work, helped correctly identify the killer.

She shares more examples of genetic genealogy solved cases and discusses how those interested in the field might start practicing the kind of work she does. She also explains upcoming advancements in the field, including knowing "more and more with less and less," integration of mapping and facial reconstruction, and better technology over all.

For more about her work and company, see their website: identifinders.com.