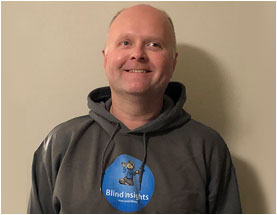 Political and international relations expert David Olney tackles where we've been and where we're heading in this fascinating conversation on the past and present of civil-military relations theory, counter-terrorism strategies, and economic revolution.

David Olney is an associate lecturer with the Politics and International Relations (POLIR) department at the University of Adelaide in Australia. His background offers a unique combination of academic knowledge with the perspective of the "person on the ground' in military engagement.

He shares some of the tools in his academic arsenal as he covers foundational defense and security studies theory and more. He offers concrete examples, such as the difference in warfare practices in World War 2 between western cultures and Japanese battle techniques, and describes the catch-up counter-terrorism strategies the west had to make when faced with Iraq and Afghanistan counter-insurgents.

He also takes us to the rippling tension of the present and shares how the future may evolve. Government efforts toward COVID mandates "suits the paranoia" of a lot of terrorist organizations, he says. Such insurgent organizations easily believe that COVID measures could be the perfect cover for hidden means of control. He adds that in actuality, most states don't have enough adequate resources or time to battle the virus and have to make difficult decisions.

He also tackles the polarization issues, and sees a light at the end of the tunnel. When conditions get bad, he says, collective action is one of the first movements to take hold, and in today's climate, environmental justice groups may join with economic efforts to bring about a substantial way forward. He discusses much more in this rich conversation, so listen in for a helpful perspective on our times.

For more, he points listeners to his own podcast called Blind Insights with David Olney.