Pathway to Plaque: Gut Bacteria and Health with Veronika Kivenson 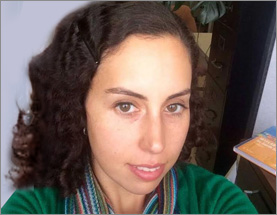 A metabolic pathway study on an ocean floor compound led marine scientist Veronika Kivenson straight to our gut. When she found evidence that a genetic code expansion utilized for metabolism in an ocean sediment compound also appears in the human gut, she knew she needed to understand this pathway better.

Veronika Kivenson recently received her Ph.D. in Marine Science from UC Santa Barbara and is now working on a post doc at Oregon State University.

She studies microorganism and how they react with their surroundings, especially their metabolism, and what they consume and produce. While studying marine sediment, she came across an interesting connection with gut metabolism. An amino acid that converts from a stop codon in order to metabolize trimethylamine appears in both places. Furthermore, trimethylamine is listed in the negative column in animal-based diet pros and cons.

Animal-based foods are a major source of trimethylamine. In our liver, it becomes trimethylamine-N-oxide, or TMAO, which causes plaque, an element of cardiovascular disease symptoms. But if a pathway in the gut can prevent that formation of TMAO, that's significant. Veronika Kivenson is looking at the potential beneficial role in the genetic code expansion pathway that consumes and prevents TMA from becoming TMAO, or part of plaque formation.

What's really interesting is that this consuming bacteria is also associated with meat consumption. The Bilophila genus bacteria, through genetic code expansion, prevents the formation of the harmful TMAO. Studies on these pathways could lead to probiotic therapies to address cardiovascular disease.