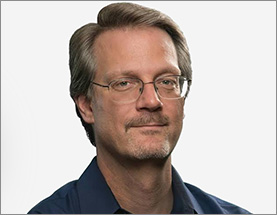 What do cancer cells want? That's one of Perry Marshall's central questions as he takes listeners through how our traditional view of cancer might hinder advancements in treatment.

Perry Marshall is a well-known top marketing consultant for online systems. The author of Evolution 2.0, he and Richard have shared an interest in a new understanding of evolution as well as how we think about cancer.

This interview is first in a series on cancer that will become a part of Richard's upcoming book on the subject. Through his extensive research and past interviews, Richard's identified three players in the medical field: the researcher, the clinician, and the individual who's been affected on a personal level and does their own intensive research with that perspective. Perry stands in this last position and has spent years researching and creating symposiums about evolution and cancer.

He shares his particular view on how cancer starts and by what ecology it spreads through cancer evolution and the immune system response. Cancer begins when a cell or group of cells or tissue gets overly stressed and hits a primal evolutionary reset button. It wakes up in a primitive state and is no longer aware of its identity as part of the human host. Rather it proceeds for its own protection and survival. This means it functions in a flight-or-fight mode, and Perry feels that much of our current cancer therapy treatment only exacerbates that mode.

Instead, perhaps researchers should approach cancer by asking how to get these cells out that emergency survival mode. It's also important to consider how we stop the reset button being hit in the first place. Listen in to this interesting treatise on how we can improve our very conception of cancer therapy treatment.