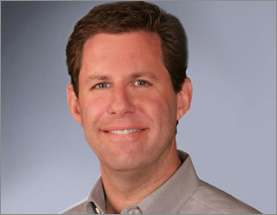 Cancer prevention and early detection programs hold a major place in today's research, and one company is releasing an assay that takes a major step forward with an early cancer detection test for multiple cancers.

Dr. Josh Ofman is GRAIL's Chief Medical Officer. In addition to time in academia, he's worked in the biotech field for several years. He brings good news to listeners as he describes a cancer detection machine-learning system they've developed that detects multiple cancer types with one test.

At this point, numerous cancers are only found when they're advanced and deadly. He says that we only have the capability to screen for 5 cancers in this country, and most deaths occur in cancer types with no available screening such as ovarian, pancreas, stomach, head and neck, and liver cancer. This is why GRAIL was started: to investigate how to find signatures of cancer in blood and detect them early.

He explains what finding signatures means: as cancer grows in the body and the cells die, they shed DNA bits in the blood. GRAIL did a foundational study and found the best way to look at those DNA bits and identify where in the genome to look. They found that epigenetic changes, or methylation changes, provided the best signals. They then utilized machine learning to recognize the patterns of cancer signals in hyper and hypo methylation regions.

In addition, the methyl groups indicate where in the body those epigenetic directions are sending the cancer cells. He adds that their test should be commercially available by mid-2021. Listen in for some promising news in cancer research.