Sweet Talk: All about Honey Bees with Jamie Ellis 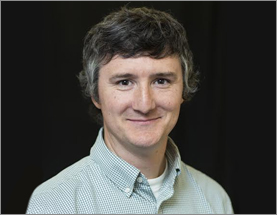 It's estimated that 20% of our food is dependent on honey bee pollination. Meanwhile, recent news has highlighted concerns like viral diseases of the honey bee to mites to invading "killer" bees. It's hard to keep straight where honey bee diseases and treatments stand. This conversation does the trick, leaving listeners with a clear and fascinating vision of what's up with the honey bee.

Jamie Ellis is the Gahan Endowed Professor in the Entomology and Nematology Department at the University of Florida. Fascinated with bees since childhood, he took care of his first honey bee hive at age 12 and hasn't looked back since. He's not alone: humans have been interacting with honey bees for thousands of years.

While there are 20,000 of bee species worldwide, only 9 of those species are honey bees. Even more daunting, 8 of those 9 are specific to Asia. That remaining species is the one we're familiar with and it inhabits Africa, Europe, the Middle East, and North America. Honey bees are actually not native to North America; rather, Europeans brought them over hundreds of years ago.

Are the populations of this one honey bee species that inhabits such disparate regions the same? Well, while it is the same species, entomologists divide it into about 30 subspecies or races, such as the African bee, which the press has misnamed the "killer bee." North American honey bees have been facing population struggles lately because of a mite, and Ellis describes various pest control and pest management plans, including nature's own adaptation through honey bee evolution.

He also helps listeners with the big picture of the many reasons to raise honey bees. While many are familiar with bee hives used for honey, pollination services are also a tremendous business. Others raise colonies to sell and some keepers specialize in raising queens.

For more information, including resources on your own bee keeping, see the University of Florida Honey Bee Research and Extension Lab page.