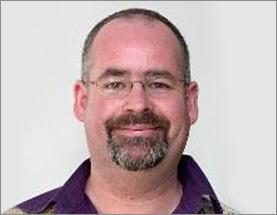 What does an ant have in common with a human? Probably a whole lot more than you would expect. Tune in for a compelling conversation with David Richard Nash, a professor of ecology & evolution at the University of Copenhagen who’s been working with social insects—particularly ants—for over four decades.

Nash shares the details of the many interactions between ants and other organisms, especially myrmecophiles, which are species which love ants. For instance, in exchange for protecting lycaenid caterpillars or aphids against predators or parasites, ants acquire an ongoing food source from those insects.

He talks about the parallels between ant colonies and behavior and humans, and the ability of ants to self-organize work teams to go out and obtain specific nutrients from other organisms when necessary. He also discusses the day-to-day activities of ants and the division of labor within a colony, the ecological role of ants, ant colony structure, the ant life cycle and habitat, parasitism versus mutualism of ants with other organisms, how ants adapt their behavior in response to environmental stimuli, whether ants have some level of what we generally understand as ‘intelligence,’ insect vision, sympatric speciation of ants, and so much more.