The Jaws of an Ant’s Life 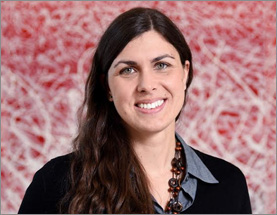 The snapping of the trap-jaw ant’s jaw is one of the fastest animal movements known to man—approximately three times as fast as the fastest cheetah. This mechanism is not only used for catching prey, but for moving away from potential predators. How?

Tune in for answers to this question and more, including:

It wasn’t until Magdalena Sorger had nearly completed business school that she discovered her true passion: biology and the study of evolution—particularly of insects, and even more particularly, of ants. As an adjunct researcher with North Carolina Museum of Natural Sciences & North Carolina State University, currently stationed in Vienna, Austria, Sorger focuses her efforts on two general areas within the field of ants: research on speciation (i.e., what differentiates one ant species from another), and working with students and teachers to promote citizen science, especially with regard to ants.

She shares his expertise on all things ants, discussing topics such as the ant mating process and reproduction, RFID and other tracking methods for studying ant colonies, the ant life cycle and social behavior of ants, the ecological role of ants, and the direction of future research.