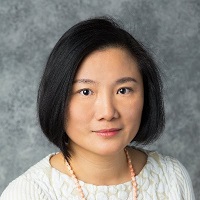 That grey fuzz you find on your strawberries after a day or two in the fridge has researchers busy in the lab. White and grey molds often harm crops and Shinyi Marzano is working to inhibit these pathogens that often strike greenhouse crops like lettuce, tomatoes, and strawberries.

Shinyi Marzano is a molecular biologist and recently started working with USDA's Agricultural Research Service. She focuses on green house and high tunnel production, both of which are used for crops highly susceptible to these white and grey molds.

Plants are especially susceptible during flowering to white mold, when sexually-produced spores germinate after they've attached to flower petals. The fungi's mycelium forms and grows, causing a systemic infection that leads to stem rot. Grey mold is particularly a problem for fruit crops, spreading rapidly and ruining the fruit production.

Shinyi and her colleagues are studying both the RNA silencing process the fungi initiates as well as the mycoviruses that infect the fungi. RNA silencing in plants is really a function of the fungi. When they sense the double-stranded RNA that's produced by many mycoviruses, they attempt to silence or inhibit the RNA by releasing proteins that cut up the RNA strands, creating small pieces of what's called virus-derived small RNA.

Shinyi is looking at mechanisms to disarm the pathogen host of those essential proteins that are part of the RNA silencing pathway. The fungal pathogen would then be susceptible to those mycoviruses. She explains other interesting avenues, including delivery means of these mycoviruses.

For more about her work, she recommends searching Google Scholar.