Ownership as the Remote Control of Your Life: Can You Push the Buttons? 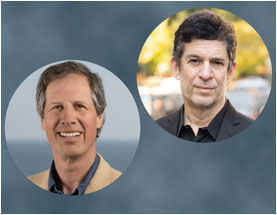 It’s a universal truth: one of the first words a baby speaks is “Mine!” Ownership governs everything in our lives. Hundreds of times each day, we encounter rules that determine who gets what, and when they get it. Tune in for a deep dive into this compelling topic that flies under most people’s radar.

Two guests join the show today: James Salzman, the Donald Bren Distinguished Professor of Environmental Law with joint appointments at UCLA School of Law and at the Bren School of the Environment at UC Santa Barbara and author of Drinking Water: A History; and Michael Heller, Lawrence A. Wien Professor of Real Estate Law at Columbia Law School and author of The Gridlock Economy: How Too Much Ownership Wrecks Markets, Stops Innovation, and Costs Lives.

They’ve joined forces to write a book on ownership, which upon close examination, is something that reaches far beyond holding something tangible that you paid for. Ownership is a form of social engineering, an evolving technology just like any other technology. What does this mean in a world where the ownership of tangible things is becoming increasingly uncommon, and online platforms dominate? What does the future of ownership look like, and how will it affect our lives as free individuals? These are just a few of the questions at the crux of the book co-authored by Salzman and Heller, titled Mine!: How the Hidden Rules of Ownership Control Our Lives, which is slated to be released on March 2nd of this year.

“The place where freedom is born and dies is around ownership, around our access to resources. When governments want to destroy freedom, what they often do first is limit people’s ability to own things…there is really nothing more fundamental to freedom than what you can make yours,” says Heller. So, what can you make yours, and by what rules could you do that?

Heller and Salzman discuss the six claims to ownership used by everyone, everywhere. They also discuss what it means to decide ownership, and how doing so unavoidably decides our fundamental values. They give eye-opening examples of how the rules of ownership play out in all facets of everyday life, from what we watch on TV to which lane we drive in.

The overarching message that Heller and Salzman aim to get across in their book is this: deciding ownership isn’t a force of nature, but a choice, and there can and SHOULD be a debate about it.