On the Other Side of the Sugar High: Understanding Diabetic Hypoglycemia 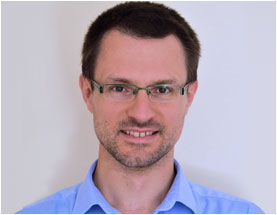 It’s been nearly 100 years since insulin was first used in the treatment of diabetes—a life-changing medical advancement for those who have diabetes or know someone who does. However, too much insulin can cause blood sugar levels to drop too low, taking someone from a state of hyperglycemia and putting them into a state of hypoglycemia. Press play to learn more about hypoglycemia, and to discover:

Honorary Clinical Lecturer at the University of Sheffield in the UK and consultant diabetologist, Peter Novodvorsky, PhD, studies the effect of hypoglycemia on cardiovascular health. About twenty years ago, the focus sat pretty narrowly on the detrimental and unpleasant autonomic symptoms caused by hypoglycemia, like shakiness, sweatiness, confusion, and hunger. “Since then, we’ve moved on, and we know that hypoglycemia has much wider negative impacts on the human body, in particular on the cardiovascular system,” says Novodvorsky.

Why? Novodvorsky explains the three natural defenses against hypoglycemia, one of which is activation of the sympathetic-adrenal-medullary system. This increases the level of blood glucose, but also causes changes in heart rate and puts a lot of stress on the body.

Part of Novodvorsky’s work focuses on dead in bed (DIB) syndrome, which is when an otherwise young and healthy individual with type 1 diabetes goes to bed feeling fine, only to be found dead in their bed the next morning. This was first described in the early 1990s in the UK; since then, other reports from other areas of the world have followed.

The possible mechanism, explains Novodvorsky, could be a hypoglycemia-induced cardiac arrhythmia. As part of a study designed to look at the effects of clinical hypoglycemia on the cardiovascular system, subjects wore a continuous glucose monitor and Holter monitor to record heart activity. This study resulted in several interesting findings, including that hypoglycemic episodes are far more frequent than expected, and the majority of hypoglycemic events during the night—and even many during the day—go entirely unnoticed by the person. The study also confirmed that hypoglycemia leads to QT prolongation, an electrical disturbance of the heart that can be fatal.

Novodvorsky shares information about the physiology of hypoglycemia, the types of sugar responses in different people with type 1 diabetes versus type 2 diabetes, the conditions under which heart rate might decrease rather than increase during a hypoglycemic event, interventions for detecting hypoglycemic events during the day or night—especially in individuals who can’t always tell when they are hypoglycemic, how well the pancreas controls glucose levels, and more.