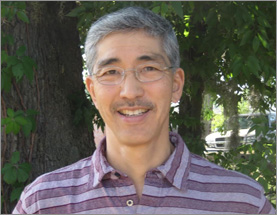 It just takes one sting to make sure your eyes are on the ground in fire-ant country. Walking across a field in the southern United States often includes a quick scan for any telltale nest mounds. More than memorable, fire ants also are problematic for agriculture.

Research entomologist David H. Oi opens up the world of the fire ant for listeners, taking us along their "small and sneaky" paths. These ants are not native to North America, but made their way here in the '30s via imported goods arriving in Mobile from South America. They spread rapidly and easily, which is part of the reason they're considered invasive: the ability to out-compete native species and lack of any formidable predator, resulting in a negative impact. They USDA therefore gave them this special designation because of public health and agricultural concerns.

Fire ants are omnivorous, so their food choices are plenty, and range from young quail to baby sea turtles to agricultural crops. Dr. Oi describes the USDA mitigation history, from early pesticides found to be harmful to mammals to current methods available at any local garden store. He also shares biological measures, including a range of insect pathogens. He describes a particular microsporidium scientists spread through colonies, which slowed the queen's reproductive capabilities with some measureable impacts. But Dr. Oi says it's no "silver bullet," so listen in as he describes other creative ventures he and his colleagues are developing to stop the sting and save the crops.

For more about their work, see the USDA's Imported Fire Ants webpage.