An Evolutionary Arms Race Between Bees and Viruses: Who Will Win? 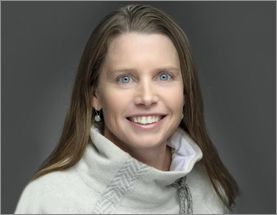 Is it possible to breed a species of bee with total viral immunity? Maybe, and the research being done in Michelle Flenniken’s lab could pave the way for it to happen.

Tune in to discover:

Michelle Flenniken is Assistant Professor in the Plant Sciences Department and Co-Director of the Pollinator Health Center at Montana State University whose primary research is focused not only on understanding the impact of viruses on honeybees, but on the molecular mechanisms that bees have evolved to combat viral infections.

Longitudinal monitoring projects looking at the prevalence and abundance of 16 pathogens across several bee colonies over time have led to interesting and useful findings. For instance, Flenniken’s lab has shown that bees that are infected with viruses have perturbation in the genes that are important for metabolic processes, and that even in so-called asymptomatic bees, there are more than a billion copies of RNA viruses per bee. The hypothesis that follows this finding is that this viral load could be energetically taxing on bees—even if the bees appear phenotypically normal.

More recent research in Flenniken’s lab has shown that a bee’s immune response is stimulated by double-stranded RNA, which is a molecule that viruses produce when replicating; this molecule stimulates RNA interference in bees—an antiviral mechanism. This has shown to be true also in bumblebees, but is not the case in the fruit fly, which is the go-to model for studying insect immunity. This has opened the door to more exciting and new research that Flenniken and her lab are gearing up to conduct.

If antiviral mechanisms in bees can be fully understood, then it may be possible to identify the genes associated with fighting off viral infection, which would make it possible to breed honeybees that are resistant or immune to viral infections.

Flenniken discusses the details of all this and more, including viral transmission in bees and across species, whether different castes of bees are differentially impacted by viruses, host-pathogen interaction studies, and which viruses most commonly impact bees.

Check out https://plantsciences.montana.edu/directory/faculty/1524085/michelle-flenniken to learn more.