Ridding Your Body of Mercury: Mercury Toxicity in Humans with Dr. Bill McGraw 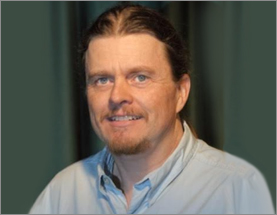 After years of stubborn insomnia that left doctors stumped, Bill McGraw started his own search. He learned about metal poisoning and a test revealed mercury poisoning: he'd been suffering from mercury side effects. He gives listeners a run-down of this story and details how to understand heavy metal poisoning and mineral deficiencies.

Dr. Bill McGraw is the author of Mercury: The Ultimate Truth and Chronic Disease and has a PhD in aqua culture. He takes listeners along on his own search for relief from symptoms he eventually learned stemmed from a high mercury toxicity level. He cites mercury-heavy vaccines in preparation for a South African trip and growing up in a coal-powered house as two dominate sources for his own high levels. He began intensive research, producing his book, and he now advises others on reducing mercury toxicity in their own lives.

His evidence is compelling as he lays down the multiple sources contributing to mercury toxicity in humans in present day life, from industrialized and processed foods to glyphosates. He explains how heavy metals need help from minerals to leave our bodies, and their presence can lead to deficiencies in elements like zinc. He started his own efforts by taking magnesium and potassium supplements, for example. He tells listeners about three general methods for ridding the body of metals and discusses the chronic conditions resulting from the inflammation caused by mercury toxicity, such as Alzheimer's and chronic fatigue.

For more about his book and his work, see https://www.newaquatechpanama.com/