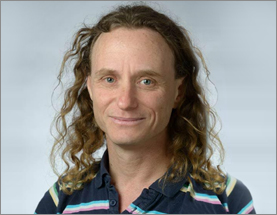 What separates us from a mouse? It may be our large load of long non-coding RNA. Barak Rotblat and his team research what was previously thought of as "junk RNA." Technology and careful study indicate they may have significant roles as functional RNA types through regulation.

Barak Rotblat is a senior lecturer at Ben-Gurion University of the Negev. He entered academic research just when the talk of the field were these mysterious RNA sequences that didn't code for proteins. The intriguing question around their purpose led his research from that point on and now he runs a lab researching non-coding RNA cancer molecules. He helps fill in some of the pieces of the puzzle for listeners, offering a description of the mechanics of the genome and what possibilities these molecules present.

They "look like a normal gene and behave like a normal gene," but the function of non-coding RNA is defined in the RNA molecule itself rather than the protein that is being translated from the RNA. But he really broadens the picture when he explains what they might have to do with evolution. For example, 90% of our coding genome is identical to that of mice. What differentiates us is the large amount of non-coding RNA. Mice have some, but not nearly as much and that might be why we are more complex organisms. That's because scientist think they are regulators, turning functions on and off and regulating metabolism and structure. If he and his team can understand what key non-coding RNA cancer molecules do, they may find indicators for effective therapeutics.

For more about his work, see barakrotblat.wixsite.com/rotblatlab.