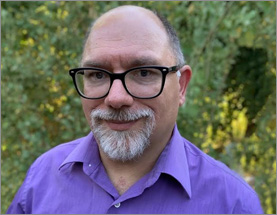 "Here you have to look for ants, but in the rainforest, they find you," says Professor McGlynn, as he describes his efforts to make it to a Costa Rican field house for research on ants. He tells listeners about some of the fascinating ant behaviors he discovers there as Finding Genius continues investigating the ecological roles of insects.

Ecologist, entomologist, and science policy communicator Terry McGlynn is a professor of biology and the director of undergraduate research at California State University—Dominguez Hills. As a colleague once described, he studies the "experimental natural history" of ant species. Listeners are treated to delightful details such as the leafcutter's agricultural efforts and the curious case of the rotating nests of one species. He also describes the predatory habits of army ants and the sting of the bullet ants.

Most of his research takes place at a field house in Costa Rica that has been in place since the '60s. We are able to get a tour of how such field houses function and cater to different scientists from all over the world. It happens to be prime ant location, and one researcher has identified at least 427 different ant species in the surrounding rainforest. In fact, ants play a role in almost every ecological system in the forest, from eating and protecting plants, to turning over and cycling the soil and dispersing seeds. They have several tricks of their own, including the ability to fixate nitrogen sources for their own use. These essential roles are one reason Professor McGlynn is turning solid attention toward understanding how climate change may affect ants, and desert species in particular.

For more about his work, see leaflitter.org.