Apitherapy Benefits: The Use of Bee Farming Products to Treat Everything from Canker Sores to Cancer 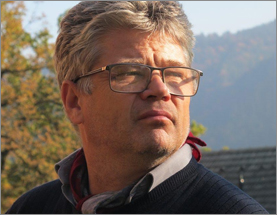 Tune in to learn more about:

Apitherapy is the practice of applying bee farming products to humans for their health benefits. Honey, for instance, has been well-documented throughout recorded human history as a natural topical antiviral, anti-inflammatory, and antibiotic. Its components are now even being researched as a possible COVID-19 treatment due to its anti-inflammatory and immune response enhancing properties.

Honey is far from the only bee therapy products that has been shown to have a dramatic effect on human health. Royal jelly, the sole food of queen bees, is so nutrient dense that it is considered an appropriate alternative to a multivitamin. Propolis can be used as an oral rinse to treat gingivitis and canker sores. The inhalation of beehive air is being prescribed in Germany as a treatment for immune disorders and allergies.

Natural healers have been using bee stings as therapies for thousands of years. Today, bee venom is being officially researched for its potential to treat major diseases such as multiple sclerosis, Alzeimer’s disease, Parkinson’s disease, and rheumatoid arthritis. Bee venom therapy, of course, is not without its fair share of possible side effects. Allergic reactions, including anaphylactic shock, can occur and associations have been made between bee sting therapy, Lupus, and liver toxicity. Are the risks worth the reward? In the cases of many patients who have been living with chronic pain, inflammation, or other illnesses, the answer is a resounding yes.