Diapers Off! (Season One) 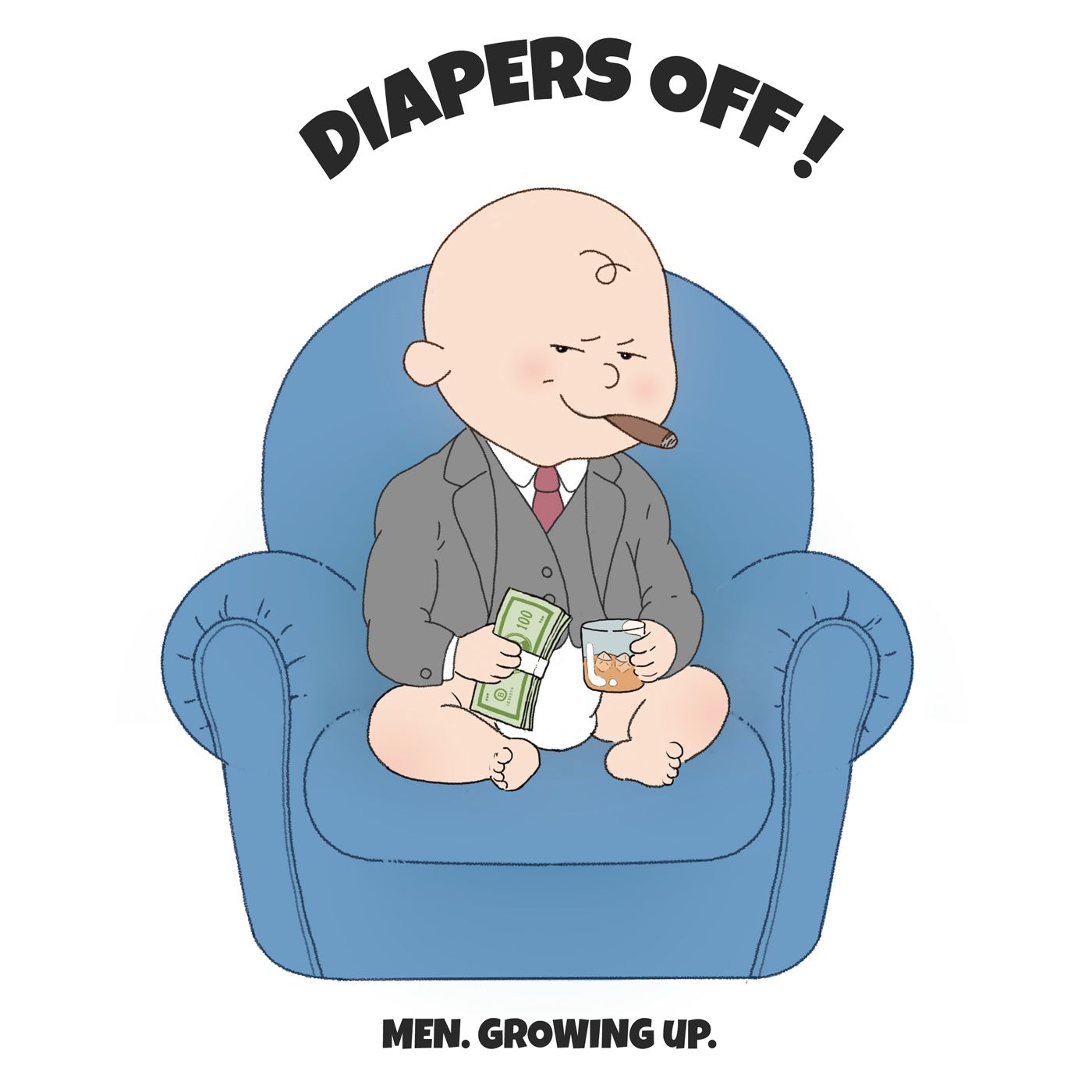 In this episode, we join painter Roza Horowitz in her studio at UCL Slade School of Fine Art. In a wide-ranging conversation we explore the artistic process, the dangers of censorship, art as therapy and political correctness. Pete starts off asking how Roza handles criticism of her work, and if she can keep a professional distance between herself and what she creates. As Pete has said before, it’s important in the arts to “meet where the work is,” so the artist doesn’t feel personally attacked when his or her work is critiqued. Roza describes an early theme as “People Who Hurt Me” and how the heavy use of paint, impasto, helped her exorcise personal demons and get them onto the canvas. But now, as a more mature artist, she no longer paints people she knows, so the work is less personal. Discussing the greats – Picasso and Matisse – Horowitz has praise for how they were able “to get to the essence with the minimal. It looks easy, but it is very difficult.” Matisse’s exquisite line drawings come to mind; his ability to convey character with three squiggly lines. Paul asks whether Roza wants her work to be arresting or, instead, accessible, something people hang in their living rooms. No artist wants to be considered anodyne, she explains, but at the same time it serves no purpose if you “stand above the audience” and are understood by only a few. Perhaps the contradiction of the avant garde is that they lead the way, but must bring folks with them, as well, or risk becoming irrelevant. In Hollywood we often see this, with big actors doing one film for commercial reasons, the next one a passion piece that makes no money. Moving onto the craft of painting, we discuss one of Roza’s favourites, Goya. His ability to convey character is exceptional, she explains, and points to his use of the grotesque to reveal a subject’s true intention. The grotesque is often achieved by slight exaggeration of a physical attribute, such as an elongated smile, or individuated teeth. Such painting reminds Paul of the Joker from the Batman series, at turns familiar and menacing. Pete then brings up what is perhaps a key discipline in any art form: knowing when to stop. To put the brush or the pen down takes confidence, when fiddling is so tempting. But that is the bane of the inexperienced artist who overdraws or overwrites (or overcooks) and thereby ruins the meal. “Better to stop early than go too far,” cautions Roza. We discuss some technical methods which Roza is currently using, such as projection and painting alla prima (all at once) before moving on to our final topic: political correctness in art. Shakespeare used the court jester to reveal his true feelings about Queen Elizabeth, thereby saving his head. Likewise, Roza uses humour to reveal commentary in her work that would be unpalatable if served head-on. Peter follows up by asking if we can ever separate an artist’s character from their work, citing Richard Wagner and Eric Gill. Wagner’s anti-semitic beliefs have been well chronicled, and Gill was a renown and decorated British artist whose diary posthumously revealed extreme sexual predilections, including incest and bestiality. Can we ever enjoy works by such men or women without a tinge of disappointment? The three of us discuss.
Download episode Share Share