Bitter and Salty - A World of Warcraft Podcast 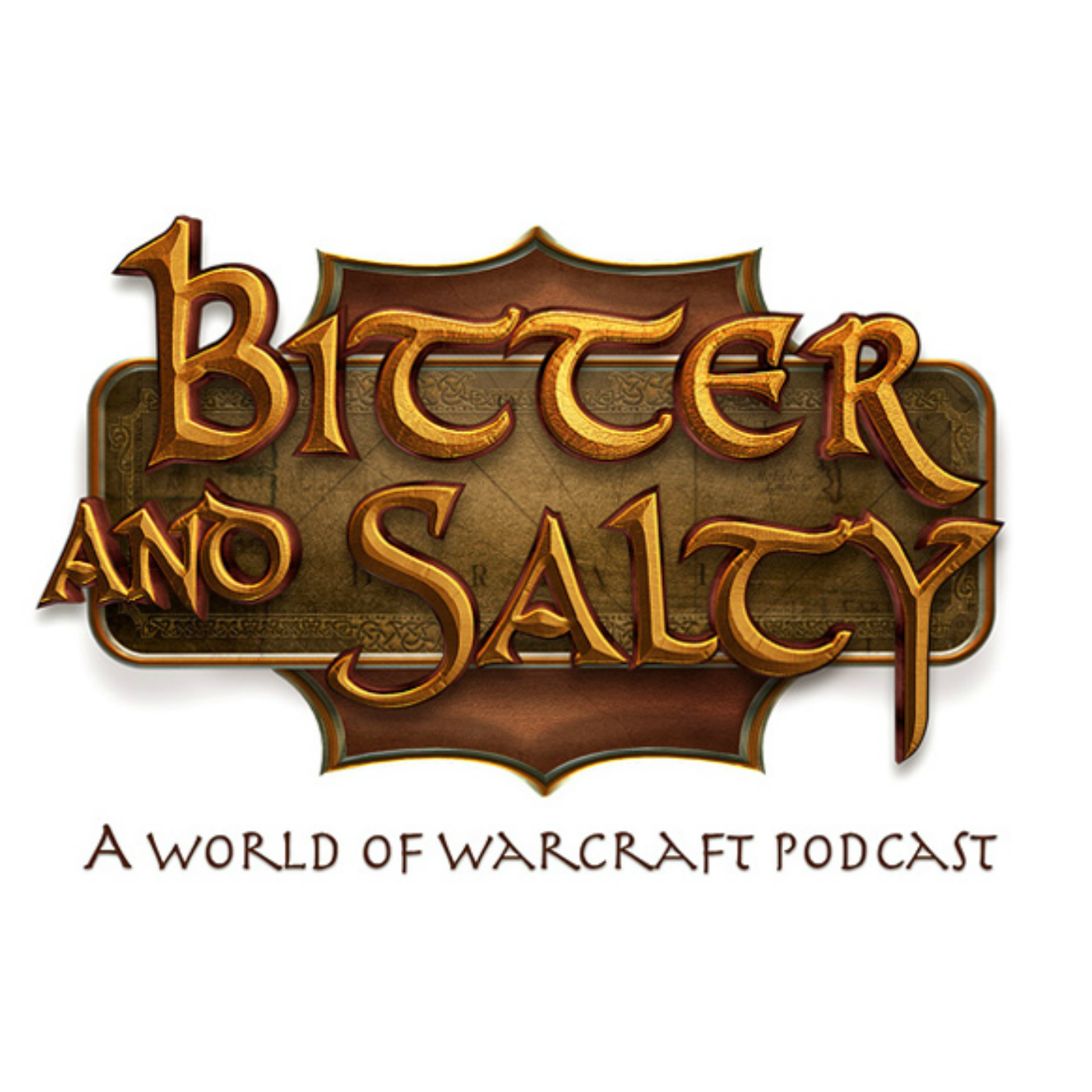 In the one hundred and twelfth World of Warcraft podcast episode, world quest bosses drop legendary and hidden artifact weapons as long as you remember to loot them, Molsan falls in love with the Holy Priest, and running Skyreach over and over isn’t enough to break him, Sláinte’s headset and computer melts down mid-raid, and he decides to go wireless for the first time, we discuss how to properly level Cooking by avoiding your Garrison and participating in Pilgrim’s Bounty, we explain how Fishing is not painful, but relaxing, especially when using a laptop while watching TV, and we break down shoulder enchants, making gold with fishing lures, and we help copy weak aura strings into your game.
Bitter and Salty is brought to you by Molsan and Sláinte.
Raiding Updates

Do you even care or know what’s going on at this point
Doing the same thing… AH, world quest, leveling, etc. so there is no time for story

In Love with Holy

The proper way to level Cooking instead of “Garrisons”
Can level Fishing simultaneously by fishing up mats for Cooking
Complete all PB quests for 8K experience per quest, 12K for dailies. Easy leveling!
Pick the “Pilgrim’s Bounty” bag as reward for chance at Toy and Pet (Frightened Bush Chicken)… Sell pet for 11K-21K

Fishing is Dumb and Painful

Why it’s not
It’s relaxing… low stress
Seriously crazy amounts of gold
Get into the Lure gold-making business
Oh, Molsan got Underlight Angler… Now what
How do you AFK fish while doing something else (watching TV, working, etc.)

Which one do you use?

Email from Eelor
Greetings Molsan and Salty,
Thought I would take the time to write you an email after hearing how you don’t get to many of them. I can only imagine how much work goes into producing your show on a regular basis and I want you to know it’s much appreciated. I thoroughly enjoy the format, the loosely scripted back and forth that harkens back to some of the old radio shows before TV. Listening to you guys kind of makes me think of Felix Unger and Oscar Madison hiring a goblin kodo caravan to take them from Crossroads to Ratchet. ( I’ll leave it to you guys to decide who is who) 😉
Between Molsan, who lifts up the hood of the game and dives down the rabbit holes of WoW’s unique characteristics, and Salty, the classic raider who takes the simplistic view and just has fun getting shinies, you guys have nailed it. You struck on the formula that gets me immersed in your show and in-turn gets me immersed in the game through the show, which is exactly what I want in a podcast.
I work 70 hrs a week and game time is limited which wasn’t a problem until Legion. This expansion is just too much fun to walk away from. As a trucker, podcasts are the best way to pass the miles and it wasn’t until Legion that I thought of WoW podcasts to somehow bring the game with me on the road. I have tried a lot of them and I do have a few that I really like a lot but I have to let you know that Bitter and Salty is definitely...