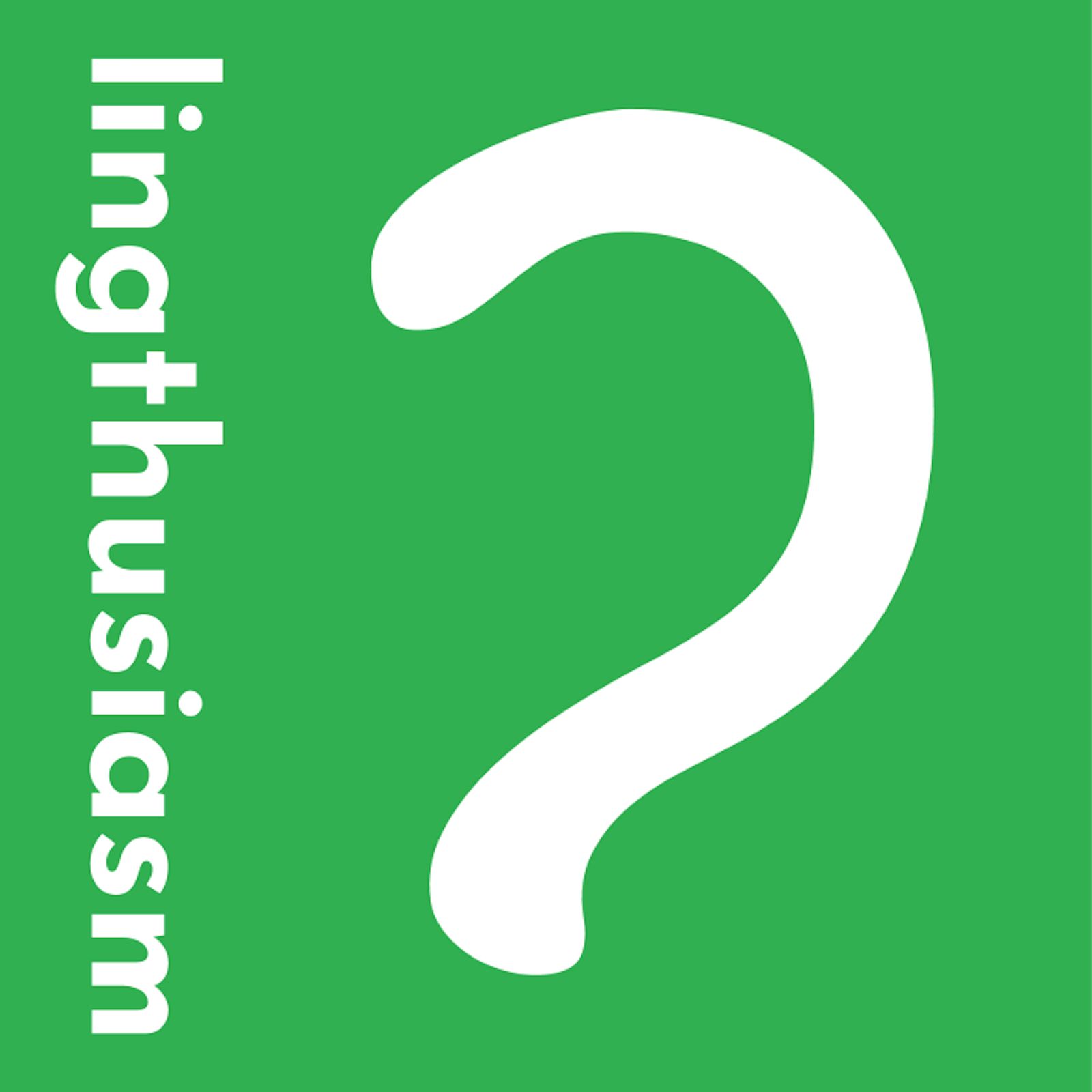 squishable, blobfish, aaarggghh, gubernatorial, apple lovers, ain’t, tronc, wug, toast, toast, toast, toast, toast. All of these are words that someone, somewhere has asserted aren’t real words – or maybe aren’t even words at all. But we don’t point at a chair or a tree and assert that it’s not a word. Of course it’s not! That would be absurd. So why, then, do people feel called to question the wordhood of actual words? In this episode of the funnest* podcast about linguistics, your hosts Lauren Gawne and Gretchen McCulloch take you on a tour through what’s really going on when people say that a word isn’t a word. (*Funnest is definitely a real word, and so are all the others.) We’re heading into our second anniversary! That’s two whole years of linguistics enthusiasm delivered right to your ears every month (twice a month for patrons). To celebrate, we want to share the show with more people! Most people find podcasts through word of mouth, and there are people out there who would be totally into a lively deep-dive into how language works, they just don’t know it exists yet. They need you to save them from their dreary, un-lingthusiastic lives! At our anniversary last year, we thanked over 100 people for their recs, and this year we want to thank even more! Here’s what to do: post about why you like Lingthusiasm on social media (or link to your rec elsewhere, such as a blog or podcast), make sure to tag us in your rec so we can find it, and your name will live on in perpetuity on our special second anniversary thank you post! This month’s bonus episode was about bringing up bilingual babies! We get enthusiastic about various ways to raise children who speak more than one language when you’re stuck in a mostly-monolingual society: the one-parent, one language method, immersion schools, and speaking different languages at home and in the public sphere. Support Lingthusiasm on Patreon to gain access to this and 19 previous bonus episodes: https://www.patreon.com/lingthusiasm In November, we’re doing two liveshows! We’ll be in Sydney at GiantDwarf on Monday the 12th of November, and State Library of Victoria in Melbourne on Friday the 16th of November. Both events will be Auslan interpreted. For more details and how to book tickets check out our liveshow page: http://www.lingthusiasm.com/show We also have new merch! Alongside the Space Babies, new children’s clothing and new colours for the IPA scarves, we also have IPA ties! Check out our Merch page for more details: http://lingthusiasm.com/merch For links to things mentioned in the episode and more details about all of the above, head to the shownotes page: https://lingthusiasm.com/post/179193327461/lingthusiasm-episode-25-every-word-is-a-real-word
Download episode Share Share