Ben Folds: "I'm a jackass of all trades." 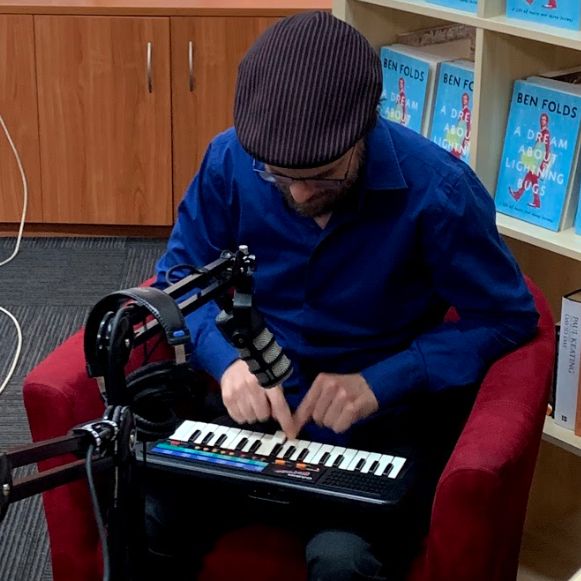 From genre-defying icon Ben Folds comes a memoir reflecting on art, life and music that is as nuanced, witty and relatable as his cult classic songs. His memoir embodies what Folds has been singing about for years: Smile like you’ve got nothing to prove because it hurts to grow up, and life flies by in seconds. We were thrilled to sit down with Ben to chat about his memoir A Dream About Lightning Bugs, music, writing and so much more! We were delighted to invite two special guests with us to interview Ben Folds. Dr Tim Byron is a lecturer at the University of Wollongong, with a focus on music psychology, with a particular interest in 'earworms' - songs that get stuck in people's heads and the reasons for that. He has also written music profiles and reviews for the Sydney Morning Herald, the Guardian, Junkee, and TheVine, with a long running series of essays on the latest Australian #1 single, 'Number Ones'. In addition, Tim has played keyboards and bass in independent bands like Lazy Susan, the Aerial Maps, Family Fold and Fallon Cush, and is musical director of Sydney's premier yacht rock revue Smooth Sailing." Dr Jadey O'Regan is the head of Contemporary Music Practice degree at the Sydney Conservatorium of music where she teaches pop history, analysis, songwriting, performance and production. In 2014, she was awarded her PhD, which focused on the development of the distinctive sound of the Beach Boys between 1962 and 1966. Her research interests include the musical analysis of pop music, empirical musicology, songwriting and creativity, and is currently researching the way pop hooks work as a compositional tool. As a musician and songwriter, Jadey wrote, arranged, played, and produced music for her group Jane Vs World; she continues to work as a session pianist and performing musician across a variety of genres and projects. Together with Dr Tim Byron, she is the musical director of Sydney’s premier Yacht Rock revue, The Smooth Sailing Yacht Rock Party. Books mentioned in this podcast: A Dream About Lightning Bugs by Ben Folds —> http://bit.ly/2L0sEQm Hosts: Jo Lewin, Dr Tim Byron, Dr Jadey O’Regan Guest: Ben Folds
Download episode Share Share