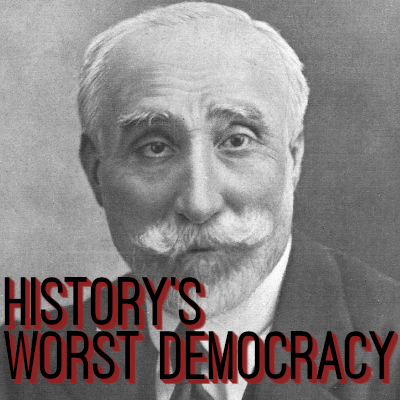 This episode is the first in a trilogy on 20th century Spain and tells the story of the unbelievably corrupt Turno system installed in the late 1800s which survived up to 1923. Bribery and coercion determined the results of elections as two official parties peacefully alternated in office to give the illusion of democracy. Amidst staggering levels of incompetence and egotism, the system began to break down in the 1910s as the Turno parties fell apart and the effects of the Great War began to be felt even in neutral Spain. Failing on practically every front, when the system finally collapsed in 1923, its passing was mourned by no one.