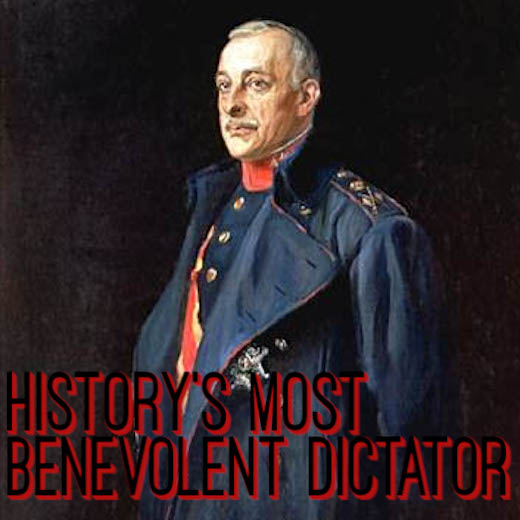 In this episode, we explore the fascinating character of Miguel Primo de Rivera, the Spanish dictator who ruled from 1923 to 1930. Often regarded as a populist and a paternalist, and calling himself an "Iron Surgeon", Primo de Rivera is one of the most fascinating dictators of 20th century Europe, and one of the most fascinating people of 20th century Spain as well. With Spain's best interests at heart, he set out to revitalize the country from the old days of the turno pacifico, root out the political corruption prevalent in the Spanish political system, quell the civil unrest, and deal with the war in Morocco. We dive into each of these topics, and more, in this character study of what we believe to be History's Most Benevolent Dictator.