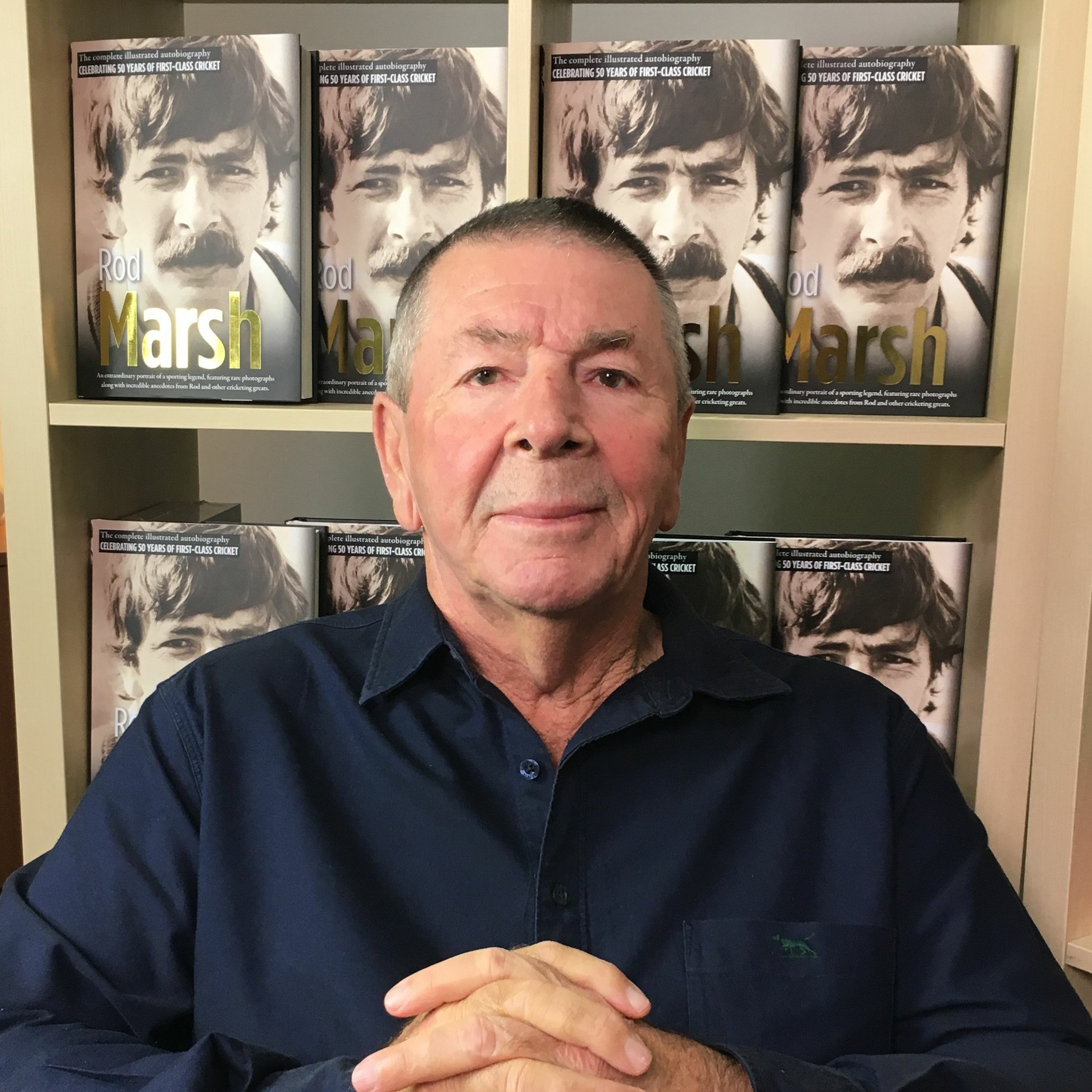 If you grew up in Australia in the 70s and 80s, and were a fan of cricket, you’ll know the name Rod Marsh. As a former Australian wicketkeeper, Rod became a household name and few Australians have given more to cricket. He was Australia’s youngest ever wicketkeeper who played 96 Tests, set a world record of 355 dismissals and stood at the heart of the legendary Australian Test team of the 1970s and early 80s. Rod Marsh, the illustrated autobiography is out now! Books mentioned in this podcast: Rod Marsh, the illustrated autobiography by Rod Marsh —> https://bit.ly/2yDiQ8k Hosts: John Purcell and Robert O’Hearn Guest: Rod Marsh
Download episode Share Share