Anyone but Liverpool PLEASE 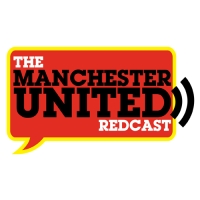 Dave Eddie hosts via the phone in Birmingham (as he had to escape!) and it joined by Dave Collins in the London studio to discuss being knocked out of Europe and the returning issue of Moyes plus the horrible thought that Liverpool might actually win the league. Free £ 20 Bet and special odds throughout the season - Paddypower.com/redcast Produced by Mike Leigh and Paul Myers A Playback Media Production
Download episode Share Share