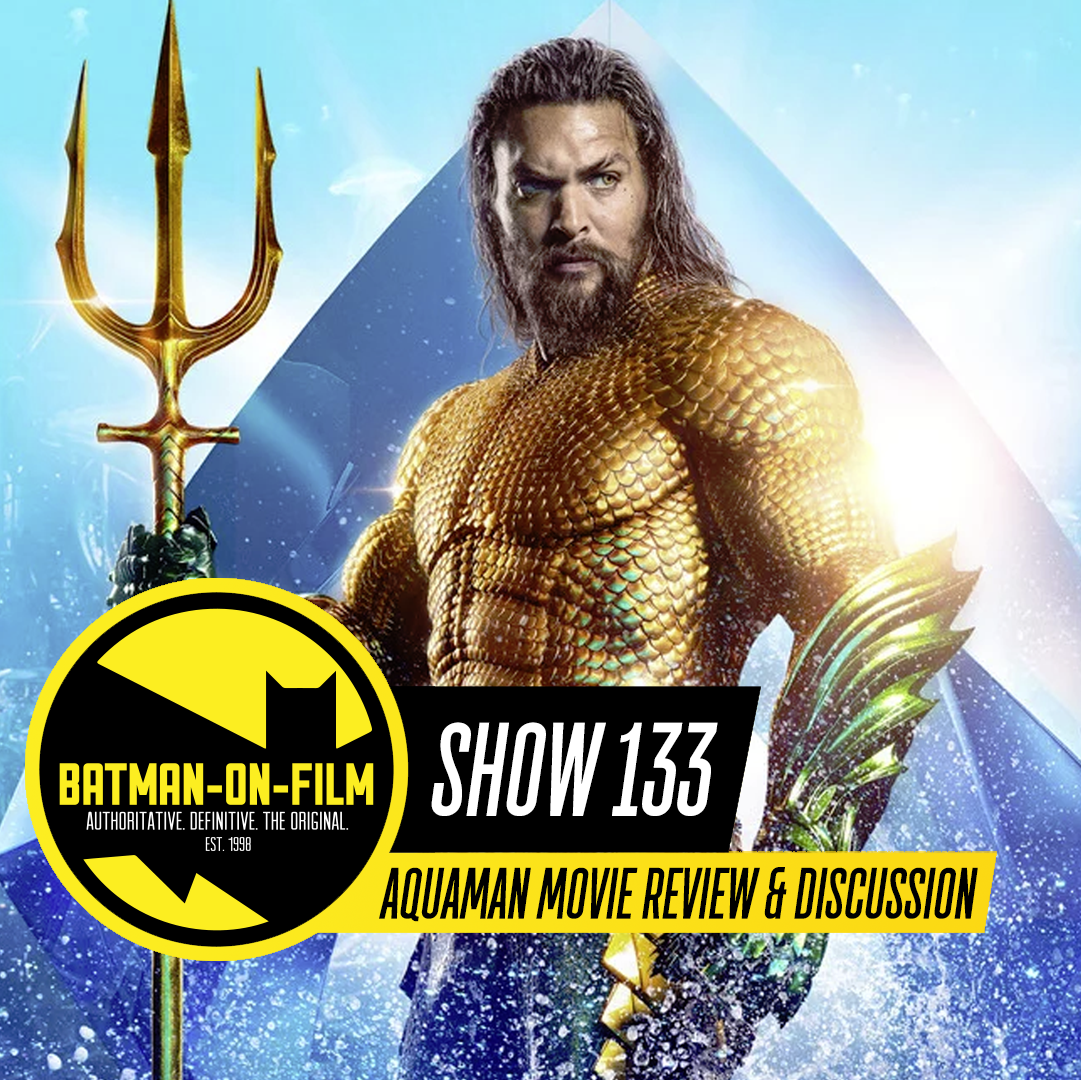 In this giant-size episode of the Batman-On-Film Podcast is an in-depth discussion of the newest DC Film: James Wan's AQUAMAN!

First, host Ryan Hoss is joined by BOF's Editor-In-Chief, Bill "Jett" Ramey, to discuss the film in a NON-SPOILER segment.

Later on in the show is a SPOILER discussion of the film where Ryan is joined by Eric Holzmann, Ryan Lower, and Garret Grev!