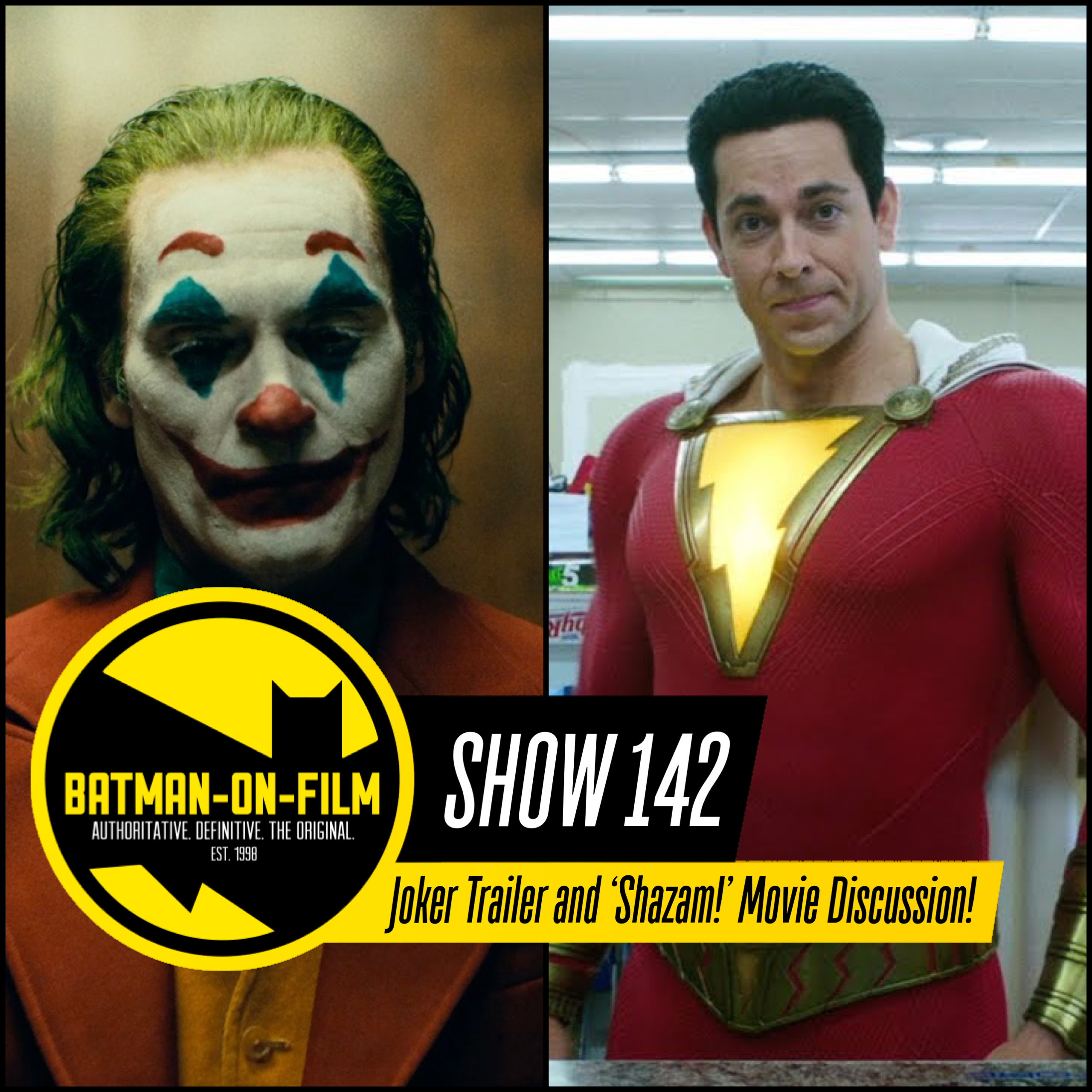 In this episode of the BOF Podcast, host Ryan Hoss is joined by Eric Holzmann, Garret Grev, and Ryan Lower to discuss the very first teaser trailer for the Todd Phillips-directed, Joaquin Phoenix-starring JOKER film as well as the latest entry in the DC Films slate, 'SHAZAM!' directed by David F. Sandberg and starring Zachary Levi.