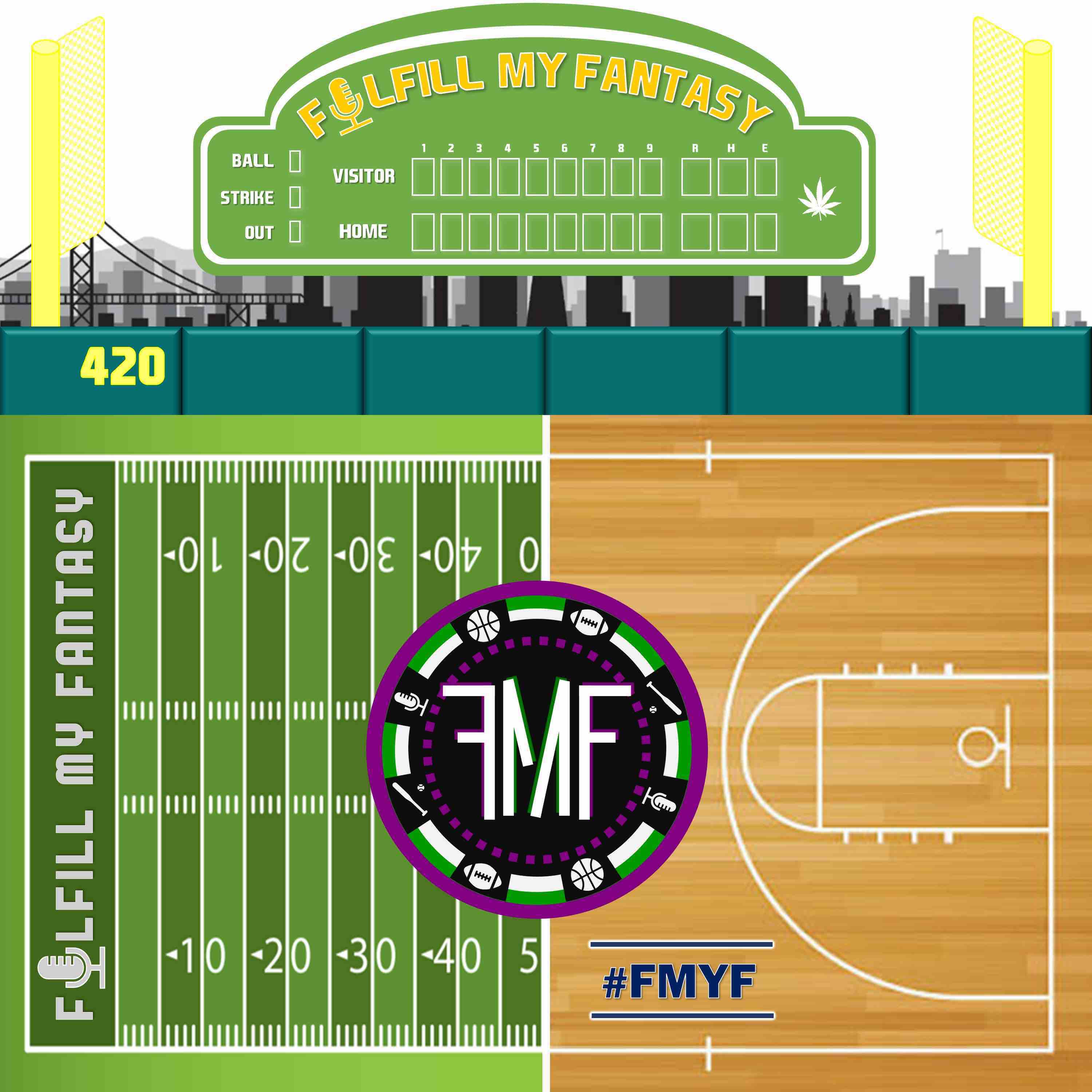 Our Pilot Episode of the 2018 Fantasy Football Season and it’s an acid trip of demented and dumb humor along with some fantasy knowledge on the world’s greatest and possible only Fantasy Sports Gambling Game Show. We kick it off with no return with the full 6 on the show as Kyle recovers from his own real life acid trip in the woods and apparently no matter if he’s on drugs or not, still can’t read. As he hillbilly slurs through the introduction of the panelists/degenerates Steve, Kyle, and Anthony. Anthony has an eye problem that may need someone to blow on from time to time. We hear about Steve’s bladder issues and what some odd theatre arts situations Mike went through in high school. Our pinky and the brain researchers Tim and Daniel are at the helm. Tim can’t read a football stat correctly and Daniel doesn’t know what WB cartoons are. Yet we make the dysfunction work in this hour and a half episode which was recorded before the start of the NFL season and some predictions are playing out brilliantly if you like people being wrong. We open up with a passionate debate about how bad the Oakland Raiders will be this year in fantasy and real life. Some outlandish theories of how and why Odell Beckham Jr. could do some awful things in our Pill Poppin’ Predictions segment. We also find out someone in the NFL impossibly caught 12 touchdowns in a half and try and guess who and why Chris Hogan is REALLY called 7-11 in our alex trebekless and totally original version of a household gameshow in our Know your Sh** or get your Sh** took. Chris Hogan then makes his way into our Art of the Deal section where we debate Steve’s preseason trade with Kyle in our fantasy football league. We end the show with a popular game for our unpopular show called the Hand your Dealt for the best QB/TE on the same team in Fantasy other than the sociopath Tom Brady and giant child Rob Gronkowski. Holla Holla at us and we’ll give you a Ja Rule inspired response.