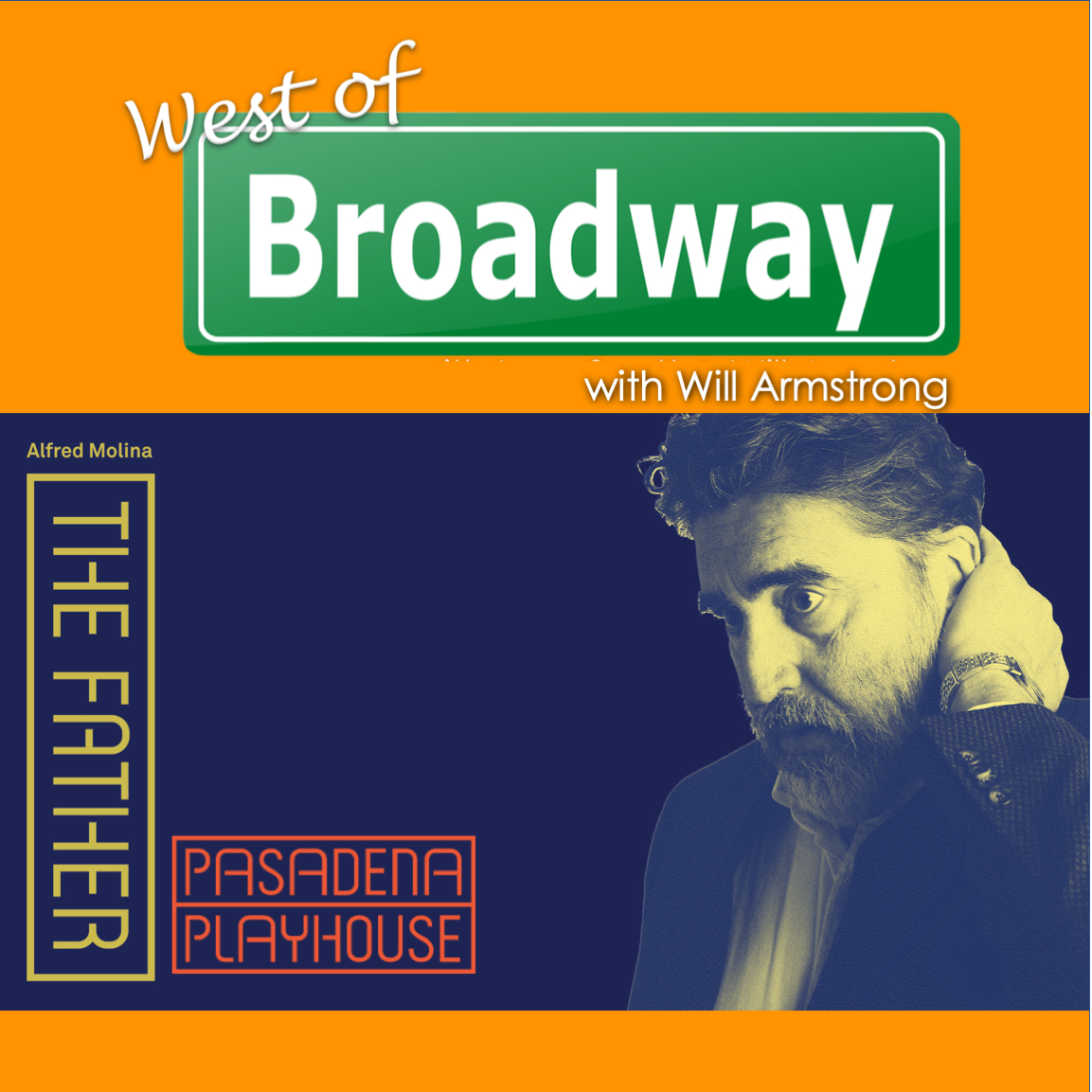 It’s curtains up on a special episode of West Broadway! I’m Los Angeles publicist and Broadway veteran Will Armstrong. This episode is a bit of a departure from our normal shows at west of Broadway, but as I think of it, maybe it’s less of a departure and more of an evolution. After all, as I see it, a podcast about musical theater on the West Coast is great. But what is musical theater without… Theater? Yesterday I was asked to attend the opening night of The Father staring Alfred Molina at the Pasadena playhouse that very night. The Pasadena Playhouse is a pretty special theater in the heart of Pasadena. And over the past couple seasons they have really upped their game when it comes to the shows that they produce. And it sounded like this production was no different. As the official state theater of California, their mission is to enrich people’s lives through theater, community programs and learning. With over 100 years of experience they are one of the most prolific theaters in American history with the legacy of profound theatrical impact and courageous new work Molina, who I’ve adored since Raiders of the lost Ark back in 1981. Made his Broadway debut as Evan in the production of Art and received critical acclaim in the play Red. And musical fans know he also starred in Fiddler on the Roof as Tevye. His laundry list of theatrical and television accomplishments is nothing short of impressive and opening night of The Father was full of fans and dear friends who were there to support and celebrate Mr. Molina The play The father is a dark journey down the tragic one-way tunnel of dementia from French playwright Florian Zeller. This intense drama was adapted in English by Christopher Hampton originally starring Frank Langella who won the Tony Award for his performance of Andre and I knew that Mr. Molina was going to impress. While covering the red carpet, I wanted to ask the celebrity guests three questions. One: “Why is theater special to you.” Two: “What makes theater in Los Angeles so different” And lastly, “How excited are you to see Alfred Molina in this production?” Veteran Actor, Stacey Keach, Marisa Echeverria of Goliath, Actress Wendie Malick who mentioned the work she does with Playfest in Durango Colorado, Film and stage actress Amy Aquino, Actress and Producer Cindy Fernandez Nixon, Pasadena Playhouse Board member Jane Kaczmarek, Okieriete “OAK” Onaodowan from Hamilton and ABC’s Station 19, Actress and Educator Brenda Banda of Gentefied talks about her relationship with PSArts, Michael Nathanson from Netflix’s The Punisher talks about his callback for this production, and the charmingly brilliant Suzanne Cryer, who you may know from All Rise or Silicone Valley, talks about her love of theater, her family and crying The Father is playing now at the Pasadena Playhouse and until March 1 for tickets in the information go to PasadenaPlayhouse.org Thanks so much for listening. I hope you enjoyed learning about my experience at the Pasadena Playhouse for more episodes you can find us at Broadwaypodcastnetwork.com/westofBroadway. And you can find me on social media @WillArmstrongPR. Special thanks to my talented audio tech/husband and theater companion Bill Shepard and the team at Broadway Podcast Network, if you have some time poke around on their homepage they’ve got some other really great programming and I’m sure you’ll enjoy. So that’s all for now, thanks so much enjoy the rest of your day and remember if you’re ever looking for us you can find us just west of Broadway. Learn more about your ad choices. Visit megaphone.fm/adchoices
Download episode Share Share