BONUS - Celebrating ONE YEAR of You Can't Say That! 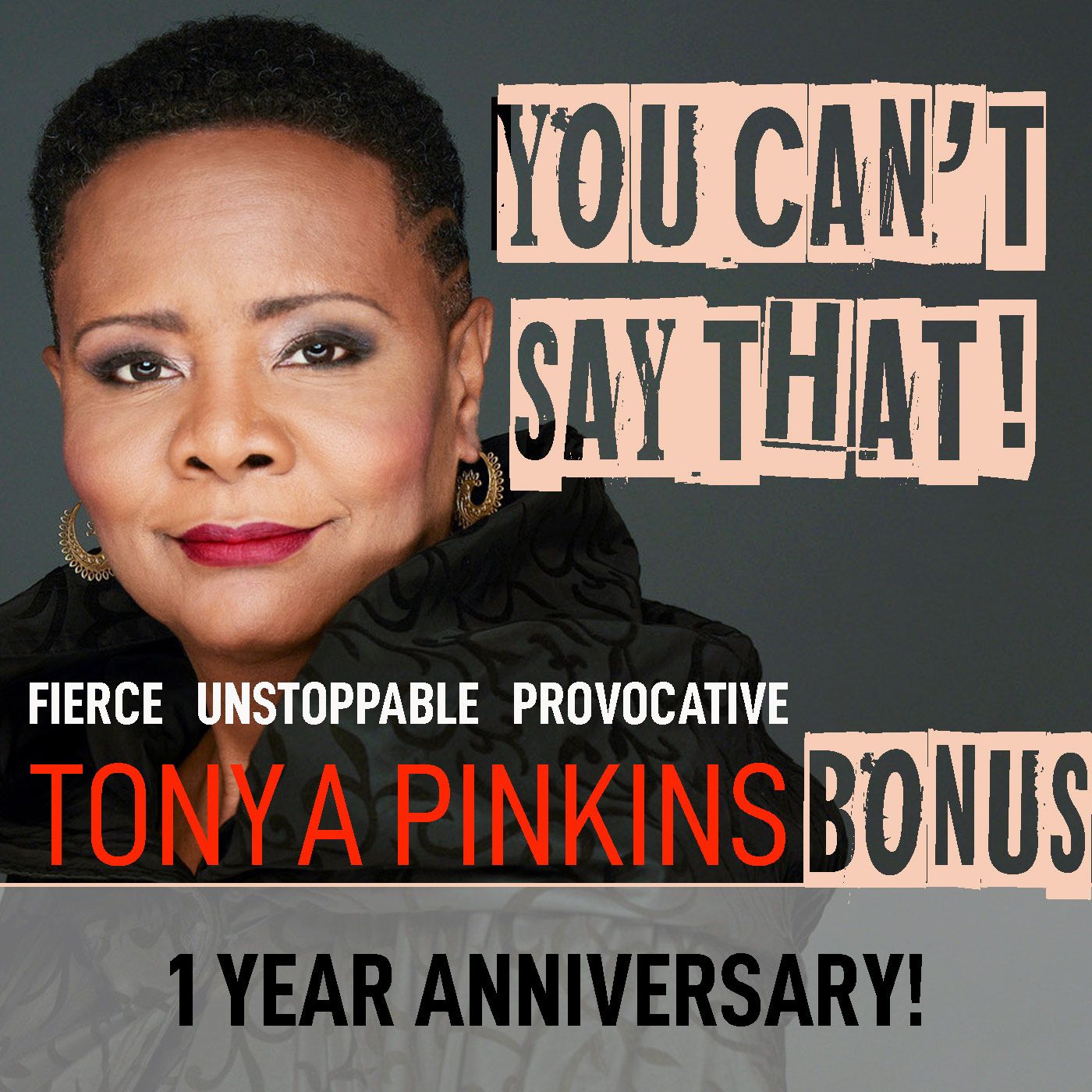 Celebrating ONE YEAR of You Can't Say That hosted by Tonya Pinkins! Subscribe & rate YCST wherever you stream your podcast and visit TonyaPinkins.com to submit your guest requests & share your feedback. ALSO, wear a mask! More about Tonya: Tonya Pinkins is a Tony Award-winning actor on stage, television and film. Twenty years in daytime television, 9 Broadway shows, including the original MERRILY WE ROLE ALONG, CAROLINE, OR CHANGE (Tony Nominee) and JELLY’S LAST JAM (Tony-winner, Best Supporting Actress). She was Ethel Peabody of GOTHAM and Martha on FEAR THE WALKING DEAD. This season catch her on KATY KEANE, WU TANG – AMERICAN SAGA and as the secretary of State on MADAM SECRETARY. She is currently producing, directing and co-writing TRUTH & RECONCILIATION: WOMYN WORKING IT OUT! In association with The Tank and a grant from LMCC. She will write, produce, direct and act in a socio-political horror film; RED PILL. Tonya is interested in the ways people veer away from truth in quests for power, connection and belonging and how that detour impacts our world. Produced by Dori Berinstein and Alan Seales, edited by Derek Gunther, music by Cat Dail. A proud member of the Broadway Podcast Network. Learn more about your ad choices. Visit megaphone.fm/adchoices
Download episode Share Share