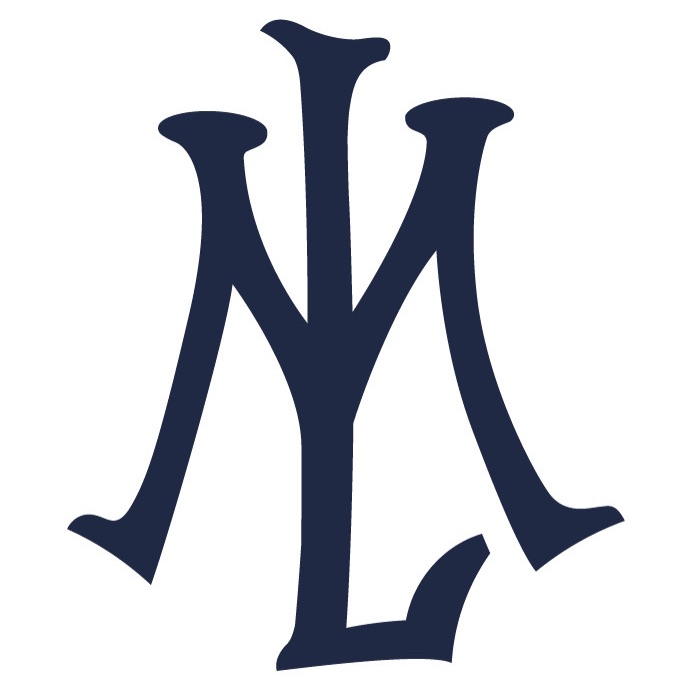 A podcast produced by the Mercantile Library in Cincinnati, OH. Most episodes contain spoilers, so please read the book before listening.

Episode #75 - The Lit Review - The Dutch House by Ann Patchett

Episode #73 - The Hate U Give by Angie Thomas

Episode #71 - Katherine Durack on The Genius of Liberty podcast

May 02 2019 30 mins
The Mercantile and the Mini Microcinema are teaming up to offer a new discussion group exploring films and the books that inspired them. In this episode, Hillary talks with Lillian and Michael of the Mini Micro to introduce the series. For more information, visit the Library's website.

Apr 09 2019 34 mins
Hillary discusses Tommy Orange's There There with Jheri Neri and April Hester of the Greater Cincinnati Native American Coalition. The discussion continues at the Main Library at 6:30 on 4/15/19, followed by a panel with Native American community leaders: https://www.facebook.com/events/public-library-of-cincinnati-and-hamilton-county/panel-discussion-of-there-there-by-tommy-orange/399886087474353/

Dec 14 2018 50 mins
The Mercantile's Reeling in Moby Dick discussion group begins on January 10, 2019. To help listeners prepare, NKU professor Dr. Robert Wallace and artist Matt Kish talk about ways to approach the novel and why it's worth reading.

Episode #65 - Miss Bennet: Christmas at Pemberley at Cincinnati Playhouse in the Park

Oct 30 2018 27 mins
The Mercantile's Hillary Copsey talks to Andrew Fallaize and Ayana Workman, who are appearing in Cincinnati Playhouse in the Park's production of Miss Bennet: Christmas At Pemberley. The play, written by Lauren Gunderson and Margot Melcon and directed by Eleanor Holdrige, runs through November 10, 2018.

Oct 15 2018 25 mins
A conversation with Eli Meiners, Director of Museum Operations for 21C Museum Hotels. Eli was also part of the team that worked on the renovation of the Mercantile Library's Reading Room in 2010, as part of the celebration of our 175th year.

Jun 01 2018 16 mins
Sam Nelson and Kat Reynolds, both of whom appeared in the Mercantile's April 2017 production of All Day Permanent Red, read selections from Virginia Woolf's "The Sun and the Fish" and Annie Dillard's "Total Eclipse".

May 18 2018 31 mins
The Mercantile's Chris Messick talks to C. Jacqueline Wood, Director of the Mini Microcinema in Over the Rhine. Note that this conversation was recorded in late April, so some of the screenings mentioned have already happened... all the more reason why you should sign up for the Mini Micro's email list!

May 11 2018 41 mins
Mercantile member Kamal Southall has a knack for finding odd, obscure, and interesting books deep in the Library's stacks. In this episode, he shares two of his most recent discoveries with the Mercantile's Adam Kosan.

Episode #57 - Ana England and H. P. Lovecraft's From Beyond

Oct 23 2017 45 mins
Just in time for Halloween, the Mercantile's Collector Cedric Rose heads to the Cincinnati Art Museum to discuss H. P. Lovecraft's From Beyond with CAM's Russell Ihrig. Ced and Russell talk about the ways Lovecraft's short story relates to themes explored in the work of Ana England, whose work is currently on display at CAM. This discussion also appeared in an episode posted on the museum's podcast, Art Palace.

Episode #56 - The Year of the Pitcher - Sridhar Pappu

Episode #55 - A Conversation with Erica Wagner

Aug 11 2017 45 mins
Brendon Cull talks to Erica Wagner, who recently spoke at the Mercantile about her book Chief Engineer: The Man Who Built the Brooklyn Bridge.

Jun 23 2017 34 mins
Actor Landon Hawkins reads selections from books that have recently been added to the Mercantile's collection.

Episode #52 - A Conversation with Robert DeMott

Apr 26 2017 23 mins
Landon Hawkins performs excerpts from Christopher Logue's War Music, and we hear an excerpt from a composition by Knee Play.

Episode #47 - A Conversation with Chris Tebbetts

Mar 03 2017 23 mins
Aspiring authors Colm Hackett and Will Moran (along with moms Mary Curran Hackett and Abby Moran) talk to YA author Chris Tebbetts about writing, reading, and his upcoming appearance at the Mercantile on 3/11. Visit our event calendar for more information:http://new.mercantilelibrary.com/events-calendar/

Nov 07 2016 37 mins
Our intrepid reporter roams the floor of the 2016 Books by the Banks festival asking authors, attendees, Librarians, and others a question that everyone agrees is kind of dumb, while an unnamed author attempts to reunite with a missing pair of sunglasses.

Episode #44 - The Bonfire of the Vanities - Tom Wolfe

Oct 10 2016 56 mins
In the second installment of an ongoing series on novels set in New York City, Jason Barron, Brendon Cull, and Chris Messick discuss Tom Wolfe's The Bonfire of the Vanities.

Sep 19 2016 56 mins
Chris Messick sits down with RJ Smith and Jay Stowe of Cincinnati Magazine to discuss Trouble Boys: The True Story of the Replacements by Bob Mehr. Note: this episode contains the occasional swear word.

Episode #41 - A Conversation with Paul Goldberger

Sep 12 2016 36 mins
Buck Niehoff, Albert Pyle, and Frank Russell talk to architectural critic Paul Goldberger about Cincinnati's architectural history, how buildings contribute to the urban experience, and what happened to all the doors in today's great buildings. Paul Goldberger will deliver the Pyle Urban Lecture on September 22nd.

Episode #37 - A Conversation with Alex Blumberg

Jul 11 2016 29 mins
Emily St. John Mandel, who will be appearing at the Mercantile on September 15th, calls in to talk to Brendon Cull, John Faherty, and Abby Moran about her novel Station 11.

Apr 15 2016 30 mins
Becky Cull, Mary Curran Hackett, Joe Heyd, and Abby Moran recap the second session of the Mercantile's War in Pieces discussion group, which is tackling War and Peace in four easy-to-read parts. The group will meet to discuss Volume Three on May 10th.

Feb 23 2016 71 mins
Garth Risk Hallberg received a record-setting $2 million advance for his sprawling debut novel, City on Fire, which is set in late 1970s New York City. In this episode, Jason Barron, Brendon Cull, and Chris Messick decide if it was worth the money. As always, EPISODES CONTAINS SPOILERS.

Feb 03 2016 39 mins
Brendon Cull, Grace Dobush, and Austin Radcliffe talk about Lois Lowry's The Giver, and in the process invent the concept of the Flu Trilogy. Contains spoilers, including a minor and fairly oblique spoiler for Dave Eggers' The Circle.

Episode #18 - Once In A Great City - David Maraniss

Dec 03 2015 13 mins
Cedric Rose asks authors and attendees at the 2015 Books by the Banks festival which books they'd like to have with them if they are ever stranded on a desert island.

Episode #16 - The Girl On The Train - Paula Hawkins

Oct 06 2015 52 mins
Chris Messick, Gaby Blocher, Ben Greenberg, and Austin Radcliffe recommend pop culture that might appeal to people who like the Mercantile.

Aug 14 2015 42 mins
Brendon Cull, the Mercantile's John Faherty and Cedric Rose, and Michael Link of Joseph-Beth talk about the books they've enjoyed recently, and their most anticipated upcoming releases.