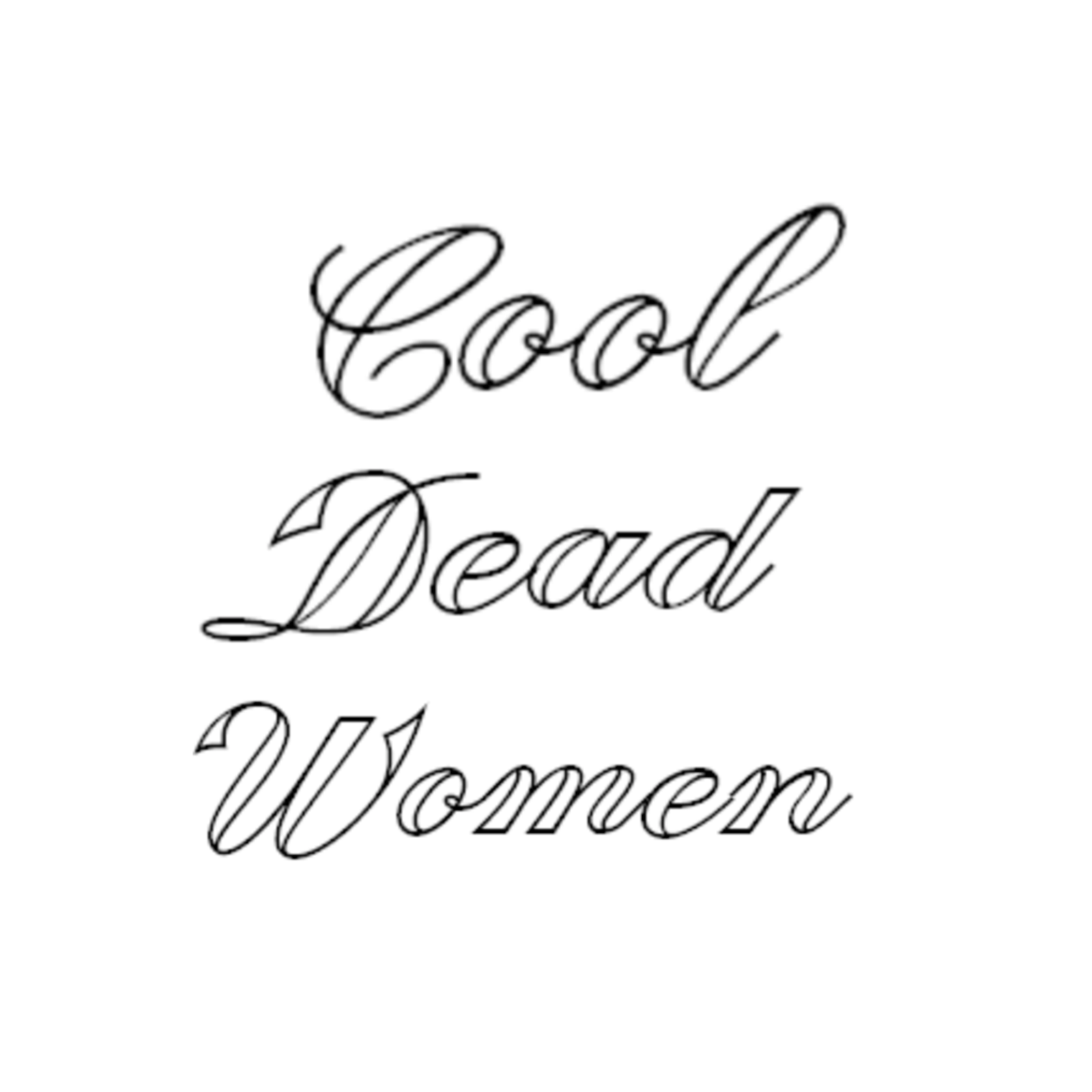 A spy who used "sexpionage" to help win WWII, a pre-Dylan singer-songwriter who mysteriously disappeared, and a 24-year-old who discovered the cure for leprosy, only to have her title usurped and die months later: these are a few of the Cool Dead Women You Should Know. Hosted by Blair and Erika Waters (a mother-daughter team brand new to podcasting) you can find us on Spotify and Itunes — with new episodes every other Thursday.

Jul 10 2020 30 mins
Not one, not two, but three Cool Dead Women! We explore the stories of two revolutionary American poets and one South African exile musician. All fought hard for they believed in, and we hope they inspire you do the same.

May 29 2020 10 mins
A writer! The first woman elected to a Caribbean parliament! A royal scandal! All of this (and a pet lion) await you in our newest episode...

Mar 27 2020 10 mins
Before Nancy Pelosi, before literally any woman was in federal office...there was Jeannette Rankin.

Mar 16 2020 6 mins
Sophie Blanchard, the world's first female aeronaut and the inspiration behind the new Amazon movie, The Aeronauts. Sort of.

Nov 22 2019 10 mins
Edna St. Vincent Millay was the highest paid poet-dramatist in American history, won the Pulitzer Prize, and was praised by the likes of Thomas Hardy and A.E. Houseman - yet most people hardly knew she existed. What happened?

Nov 14 2019 12 mins
When a mother is internationally famous, it’s hard for a child, especially for a daughter, to step outside her mother’s shadow. And that’s why, really, it’s impossible to separate Ellen Terry, the most beloved actress of the late nineteenth century—the Meryl Streep of her day—from her daughter, Edith Craig. Edy (as she was always known) was an accomplished theatre producer, and activist for women’s suffrage—plus a member of the most famous lesbian threesomes of the early twentieth century.

Oct 31 2019 8 mins
One of the foremost dramatic sopranos of her day, a Coca-Cola model, an outspoken advocate for women, and now...a very friendly ghost.

Mar 01 2019 9 mins
Arson, shootouts, and sugarcane: the story of the first woman mayor of the south.

Feb 12 2019 13 mins
This story is very personal to me, not because I ever knew Una Marson - she died in 1965 and our paths never crossed - but because I’ve been researching her for decades. I've taken dangerous taxi rides in Kingston, Jamaica; drunk straight rum for breakfast in London, and called everyone in the Washington, DC phone book with a particular last name - but you do that for old friends and Una's like an old friend to me. You'll soon see why.

Dec 07 2018 18 mins
The story of Jean Rhys, a writer from Dominica who moved to London and Paris, who found success but never happiness. Featuring commentary from Elaine Savory (Jean Rhys, Cambridge University Press) and Christine Pountney (The Guardian). Archival interviews from Jean's legendary editor Diana Athill and much more!

Nov 23 2018 9 mins
Incest rumors, an overbearing mother, and golden years alone in an apartment, talking to photographs: an abandoned soap opera plot, or the story of Dare Wright, a photographer best known for The Lonely Doll series, dubbed by The New Yorker as the “Creepiest Children's Book.”

Oct 19 2018 15 mins
Hailed as the "first singer-songwriter" by the BBC , Connie disappeared forever in 1974, leaving behind a meticulously curated filing cabinet of cryptic diaries and letters. Massive thanks to Andrea Kannes, without who this episode would not be possible.