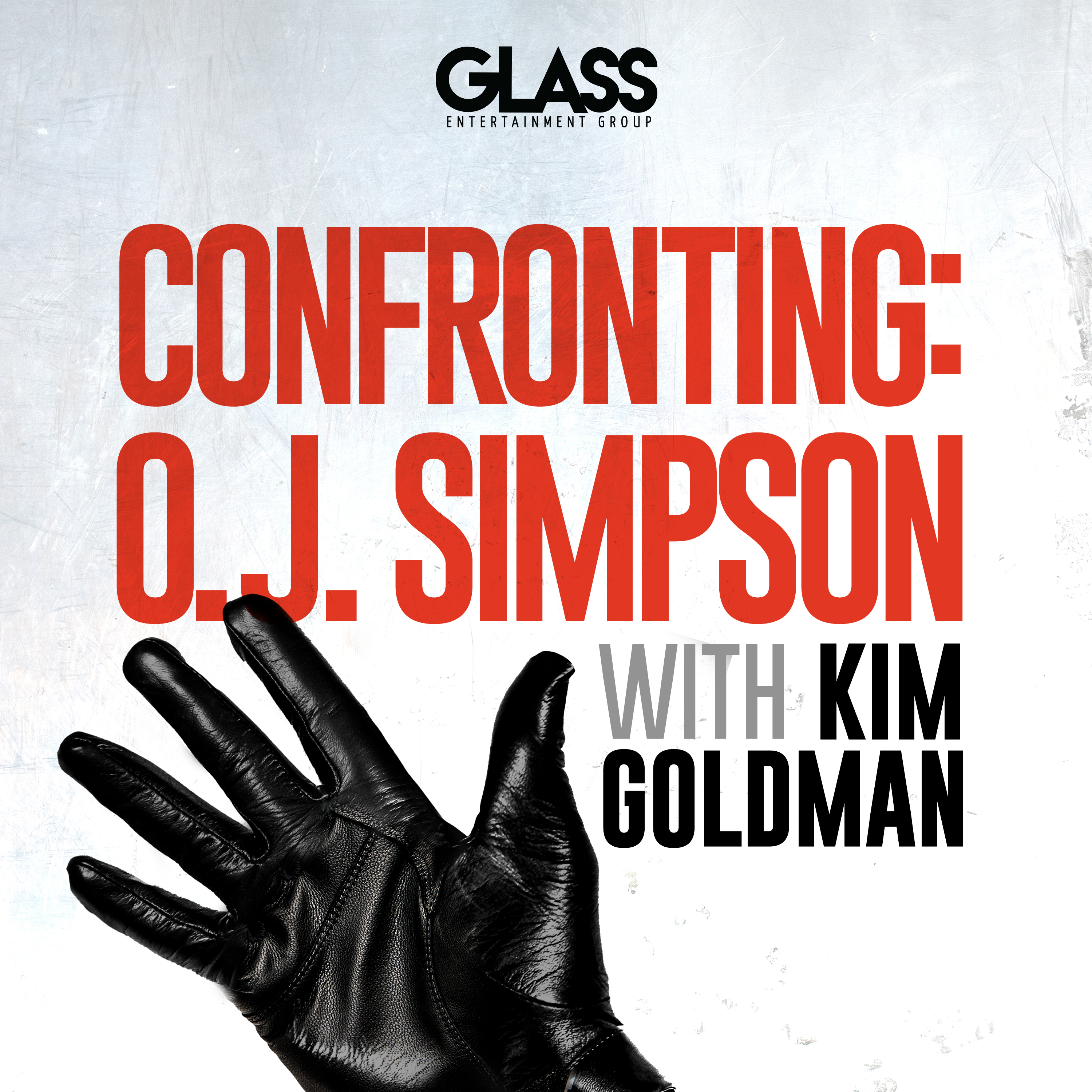 25 years after the crimes that ignited the "Trial of the Century" Kim Goldman, sister of murder victim Ron Goldman, is digging deep into the vicious crime that changed her life, and many others, forever. Thrust into the public eye at the age of 22, Kim was devastated when OJ Simpson was found not guilty of the murders of his ex-wife Nicole and her brother Ron. There has been much debate and confusion about what really happened the night of those brutal murders and for the first time Kim gets answers to questions that have been haunting her since the trial. She sits down with prosecutors, investigators, and witnesses who never got to speak and jurors who voted not guilty. In this 10-part series, Kim takes you on a journey as she reclaims and reflects on the part of her life that was changed permanently.

Sep 08 2020 5 mins
Silvio Berlusconi was a charismatic multi-millionaire real-estate mogul who upended the Italian political order and hypnotized an entire nation. He was the longest-serving prime minister of one of the world’s wealthiest countries, until he was brought down by three powerful women - and two words: “Bunga Bunga.” From Wondery, the makers of Dirty John and The Shrink Next Door, and hosted by comedian Whitney Cummings, “Bunga Bunga” is an eight part series on the incredible true story of the rise and fall of Silvio Berlusconi, told with Whitney’s signature wit and style. Listen to Podcast: wondery.fm/OJ_BB

Aug 28 2019 7 mins
This bonus episode is a further conversation between Kim and David Kessler, an expert in grief who contributed to Episode 10.

Bonus: A Dialogue about Domestic Violence

Aug 21 2019 7 mins
In this bonus episode, Kim has a conversation about domestic violence with lawyer, author, and clinical therapist Robin Sax.

Love Must Be Witnessed | 10

Aug 07 2019 42 mins
In the tenth episode of Confronting we focus on grief and reflection. The Goldmans have carried grief with them every day for the last 25 years and in this episode Kim talks to grief expert David Kessler. Kim shares with David how she’s dealt with the loss of her brother and how she has been able to move forward while still holding on to his memory. Together they discuss loss, healing and how grief looks different for all of us. Kim reflects with both Fred and Nancy on her journey and how Confronting has impacted her.

Jul 31 2019 49 mins
Enough is enough. Celebrities have always been held to a different standard of the law. In this story, that fact holds true. Simpson was able to skirt the law, even after his track record of his abuse and battery of his ex-wife, Nicole Brown. On this episode of Confronting, Kim explores the difficult and complex subject of domestic violence. Kim speaks with a close friend of Nicole Brown as well as with the advocate from the City of Los Angeles who handled Nicole’s case over 30 years ago. Finally, Kim speaks with policy expert Esta Soler, the founder of Futures Without Violence, who continues to fight for reforms around domestic violence in our criminal justice system and our culture.

Jul 24 2019 49 mins
The Goldmans didn’t get justice during the criminal trial, but the family had a second chance by filing a civil case against Simpson for the wrongful death of Ron. This time, it wouldn’t be “the People vs. Orenthal James Simpson”, it would be the Goldman’s name on the lawsuit. Kim speaks with Dan Petrocelli, the Goldman’s attorney for the lesser-known civil trial. Dan reflects on everything from his strategy in the courtroom, to the pressure he felt to win the case. Kim also speaks with Pablo Fenjves, a witness during the criminal trial who was later hired to ghostwrite Simpson’s book, If I Did It – a hypothetical account of the night of the murders. Pablo and Kim discuss how this book came to be and Pablo expresses what he learned as he wrote what was essentially a pseudo admission of guilt with Simpson.

Jul 19 2019 3 mins
The jury in the Trial of the Century was sequestered for almost 9 months, longer than any jury before and since. But what did the jurors do when they weren’t in the jury box. In this bonus episode, jurors David Aldana and Lionel Cryer describe some of the ways the jurors were kept entertained when they weren't in the courtroom.

Jul 17 2019 54 mins
When the Trial of the Century began, twelve jurors and twelve alternates stepped into the Los Angeles County Court House to perform their civic duty. What they couldn’t have expected was that over the next nine months, they would be sequestered from public life and essentially have their entire lives put on pause. After all those months of testimony it took them mere hours to render one of the most controversial Not Guilty verdicts in history. In this episode of Confronting, Kim speaks with two of the jurors, Lionel Cryer and David Aldana. Both Lionel and David recall their experiences as part of the jury, reflect on the verdict they rendered and discuss how they would vote 25 years later.

Jul 10 2019 32 mins
This episode is different than what we told you would be coming your way. You were supposed to hear from jury members who acquitted O.J. Simpson in the criminal trial. Then something happened. We are going to pull back the curtain a bit and share something that occurred behind the scenes. We felt it was important to air this episode immediately. O.J. Simpson’s lawyer, Malcolm LaVergne, has been vocal in the press, making some shocking and disparaging comments about Kim and her family. Executive Producer, Nancy Glass, spoke with Malcolm to see if he or his client would have a conversation with Kim. This episode includes their call in full, completely unedited. Follow us on Instagram, Twitter and Facebook @Confrontingpod

Jul 03 2019 37 mins
O.J. Simpson’s murder trial was broadcast in its entirety on television, and millions of Americans watched. The story was controversial, sensational, absurd, and the world became invested in the outcome. In this episode Kim explores the media circus with Dan Abrams and Shoreen Maghame – the “Trial of the Century” launched both of their careers. Hundreds of media outlets covered the trial and all of them converged outside the courthouse in what became known as “Camp O.J.” The non-stop media coverage allowed everyone in the country to connect with the case. Every little detail of the case was scrutinized: the credibility of the LAPD, the reputations of witnesses and attorneys, all the way down to Marcia Clark’s hair. Kim also speaks with Henry Schleiff, who took over Court TV shortly after the trial ended, about how the coverage changed the face television forever. Everyone, including your co-host, Nancy Glass, takes a hard look at the insanity of the non-stop media coverage. Follow us on Instagram, Twitter and Facebook @Confrontingpod

Jun 26 2019 45 mins
In Episode 4, Kim goes back to the courthouse where her brother’s trial took place for the first time in 20 years. Kim sits down with former Assistant District Attorney Bill Hodgman and prosecutor Chris Darden, who both fought and failed to find justice for Kim’s brother. Kim presses to understand what went wrong with the prosecution’s case and learns that many believed the prosecution never had a chance. They’ll talk about Chris and Bill’s differing opinions on whether the prosecution was ready to go to trial or not. The two men reflect on the outcome and decisions that were made, most notably, Darden’s decision to have O.J. Simpson try on that black glove, which lead to the infamous phrase, “if it doesn’t fit, you must acquit”. Follow us on Instagram, Twitter and Facebook @Confrontingpod

Jun 19 2019 41 mins
Witness testimony was a pivotal element of this trial. Some witnesses went from bystanders to household names. Fame was garnered and careers were launched during the Trial of the Century. 25 years later, Kim sits down with two of Nicole Brown Simpson’s neighbors from Brentwood, the Los Angeles neighborhood where the murders occurred. Kato Kaelin and Jill Shively witnessed events that occurred the night of Ron’s death. Kato went on to reality TV infamy, while Jill made a quick buck and has lived with the fallout of that decision ever since. Follow us on Instagram, Twitter and Facebook @Confrontingpod

Jun 12 2019 49 mins
In episode two, Kim reexamines the crime with the case’s lead investigator, Tom Lange, and lead prosecutor, Marcia Clark. Kim confronts the long list of evidence that never went to trial, wrestles with the decisions made by the prosecution, and learns about facts of the case that were never scrutinized 25 years ago. Some truths take on new light for Kim while others remain “objectively bonkers”. Follow us on Instagram, Twitter and Facebook @Confrontingpod

The Life and Death of Ron Goldman | 1

Jun 12 2019 39 mins
Kim and her father, Fred confront the day they found out that Ron was killed twenty-five years ago. Life has moved forward, but there is still grief and pain. In this episode, Kim starts her journey by remembering the life of her brother. Through conversations with friends and loved ones, we remember the brother, son, friend and murder victim who was lost on June 12th, 1994. Follow us on Instagram, Twitter and Facebook @Confrontingpod

Jun 07 2019 4 mins
June 12th marks twenty-five years since the murders of Nicole Brown Simpson and Ron Goldman. O.J. Simpson's arrest for the murders catapulted the United States into the "Trial of the Century". Now, Kim Goldman, sister of Ron Goldman, is going back to the vicious crime that changed her life forever. Finally, Kim gets answers to the questions that have been haunting her since the trial. She sits down with prosecutors, investigators, witnesses who never got to speak, and jurors who voted not guilty. Confronting: O.J. Simpson premieres June 12th.
No review available yet...