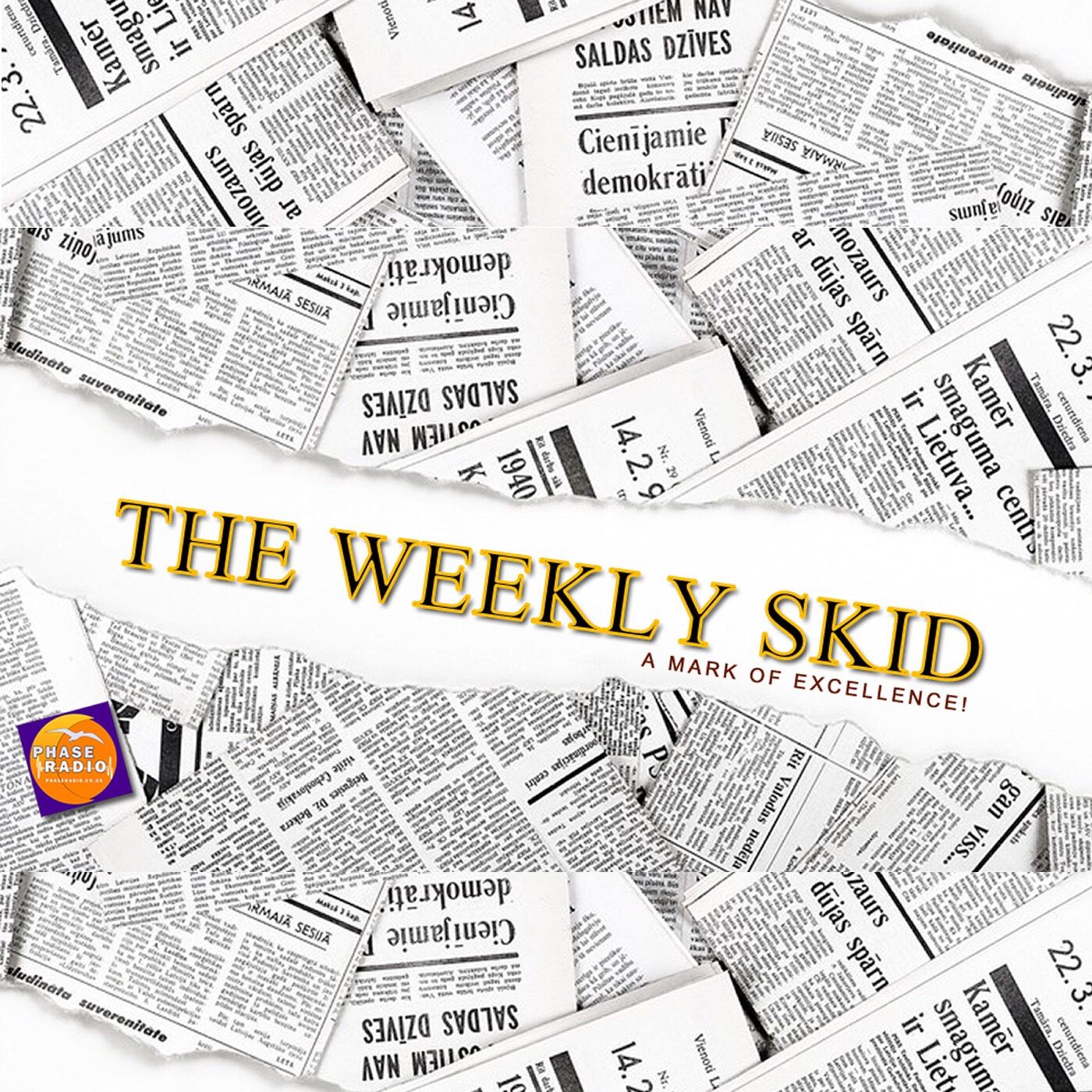 The Daily Skid - The Mark of Excellence

The news as it’s supposed to be. Phil Woods & Graham Bevins, with guest appearances by Steve Smith and Karen Woodham, bring you the latest news live as it happens a while ago. Never mind the BBC, Sky, Fox, CNN or ITV, this is the only place to find out what is really happening in the world right now yesterday. Join us for a trip through half an hour of comedy news stories, public opinions on the quite frankly ridiculous. Series 1 will comprise of 10 episodes released each week on a Thursday starting 17th October. Written by Phil Woods and Steve Smith, the original writers of comedy/spoof news website The Daily Skid

Feb 04 2020 3 mins
This is a review of After Life series 1 by Ricky Gervais. It’s a genius piece of writing, Ricky has hit new heights with this show, available to binge watch on Netflix. It’s a show that should have won every award going, there isn’t a TV show around that can match it. This review is written and performed by Phil Woods, actor, comedian, writer, author, radio presenter, sofa addict.

Oct 17 2019 31 mins
The Weekly Skid is a comedy fake news podcast. Phil Woods (Newscaster), Graham Bevins (Newscaster), Stephen Smith (Roving Reporter) & Karen Woodham (Sally Winterbottom the weather girl) provide the entertainment, We went to speak to the public about one of the stories and some of the comments are hilarious on their own. If you love comedy then this is a must listen. Presented as a serious news show with ridiculous stories.

Sep 14 2019 9 mins
In today’s news; The Government plans to encourage swearing in schools.Asda to stock generic false teeth.Tomorrow’s Sports News and ResultsAnd Yesterday’s weather with the two Audreys.
No review available yet...